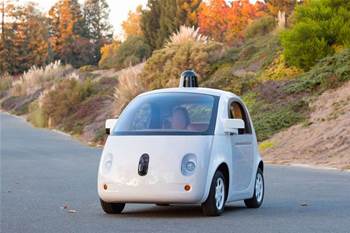 Recommendations due to government later this year.

NSW parliamentarians have begun poring over submissions to the state’s official inquiry into the viability of driverless cars on its roads.

Following in the footsteps of South Australia, the NSW parliament’s road safety committee has begun the process of weighing up the pros and cons of allowing autonomous vehicles to be tested, and maybe one day operated, on NSW roads.

Committee chair and Liberal MP Greg Aplin said at the inquiry’s launch that the prospect of autonomous cars has swiftly moved out of the realm of science fiction and into a reality he thinks could be seen on local roads within two years.

“The potential road safety benefits are immense and the Staysafe Committee’s inquiry will have a strong focus on establishing the basis for a regulatory framework which will facilitate and foster driverless vehicles technology to deliver improved road safety benefits to the NSW community,” Aplin said in a statement.

The inquiry will look into:

South Australia is leading the pack locally, successfully enacting legislation that will allow autonomous vehicles to be trialled on the state’s roads with the approval of the Roads Minister.

It hopes to attract autonomous technology manufacturers to the state to fill the void left by traditional car manufacturers.

The NSW road safety committee, which also includes members from the Labor Party, National Party and the Greens, closed submissions earlier this week, and is now preparing to hold public hearings into the matter.

It expects to deliver a set of recommendations to the government in November.