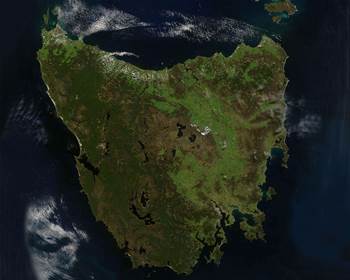 Relief on the horizon but days away.

Tasmanian customers of iiNet and Internode are likely to see some relief from degraded internet services by Thursday 17th March after a breakthrough deal for Bass Strait capacity was signed late Saturday.

The TPG-owned ISPs broke more than 24 hours of silence to reveal that a deal with Telstra Wholesale had been successfully brokered.

“Telstra Wholesale have committed today to delivering extra bandwidth to iiNet and Internode by Thursday this week,” the ISPs said in separate advisories.

“We will keep users updated on the progress of delivery and if there is any unforeseen delays/complications.”

Pressure had been mounting on TPG to act after the Tasmanian government intervened and forced TPG to “review” its Bass Strait capacity.

Capacity in and out of Tasmania became an issue on Friday morning when the Basslink data cable connecting the island state with the mainland was cut as part of a repair for an adjacent electricity cable.

The repair had been known about for several months, allowing ISPs, government and other heavy internet users time to arrange alternate capacity on Telstra-owned cables that also run across Bass Strait.

However, it quickly emerged Friday that iiNet and Internode were struggling without Basslink, with users reporting intermittent services, dial-up speeds and high rates of packet loss.

iiNet and Internode - and its owner TPG - had faced criticism from multiple quarters over its apparent failure to provision enough alternate capacity to cope with the unavailability of Basslink.

"Other non-Telstra ISPs were prepared for the cutting of the Basslink cable, which was anticipated," Tasmania's IT minister Michael Ferguson said.

"Government traffic was shifted off the Basslink cable earlier this month to avoid any possibility that important government services would be interrupted when the cut was made.

"This has ensured that such services have continued as normal, as have those of all ISPs that prepared for this known eventuality."

Digital Tasmania spokesperson Andrew Connor said the internet slowdowns experienced by iiNet and Internode customers were likely the result of either poor capacity planning, or of high prices to access temporary capacity on the Telstra cables.

However, Ferguson sought to defuse the price argument as a potential reason to under-provision.

"It is important to note that the price of using services across Bass Strait is regulated by the Australian Competition and Consumer Commission," he said.