Metronode turns to cooling in pursuit of six-star data centre 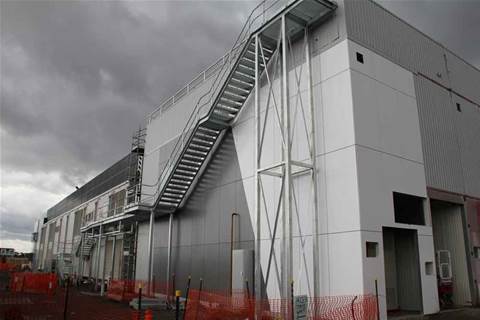 Metronode has embarked on an R&D program to find out how advances in cooling technology might help its data centres achieve the country’s first six-star NABERS rating.

“We’re on track to achieving a NABERS five star infrastructure rating for all generation two BladeRoom sites, not just a select one,” Kalny told the Australian Cloud and Data Centre Strategy Summit, which is co-organised by iTnews.

“In my view, it is very possible that in the next couple of years Metronode could unveil the first data centre that has no compressor or mechanical cooling involved, which will then allow us to meet a six star NABERS rating with a genuine PUE [power usage effectiveness] figure of around 1.1.”

Kalny said the company’s engineering unit was now focused on improving the sustainability and energy efficiency of all Metronode’s data centres.

He told iTnews on the sidelines of the summit that these improvements would likely come from advances in cooling technology rather than improvements in the electrical systems of the data centre.

“We basically look at efficiency improvements from within two disciplines: electrical and cooling,” Kalny said.

“In the work we’ve done to date, I believe we’ve reached a point of diminishing returns in the electrical space for efficiency improvements."

Efficient UPSs and generators, best practice electrical cabling techniques, short run busbar and reticulation systems and innovative designs have already exploited much of the efficiency possible in the electrical space, he said.

He picked out a range of promising cooling technologies, including indirect evaporative cooling, hydro-gel technology and liquid immersion cooling, that would likely be the next frontier in efficiency.

Immersion has traditionally been the domain of high density supercomputer installations.

But now there is growing interest in the technology due to its declining cost, high efficiency and operational benefits.

“Immersion cooling componentry has come down quite dramatically in price over the last couple of years,” Kalny said.

“This technology could readily become an alternative to traditional air cooling and be economical for supporting 5-10 kW rack densities."

"We will continue to work with our key supply partner and associated vendors to improve on the overall efficiency of the BladeRoom data hall system," he said.

Importantly, Kalny hopes that any advances in cooling technology the company achieves through its R&D program can also be applied across its entire suite of data centres.

“We’ve got a number of legacy sites that are up to 15 years old,” he said. “So part of the R&D program is to look at what we can do to improve the efficiency of these sites.

“Although performing flawlessly for many years, these sites have limitations when it comes to efficiency and power density.

"The application of some of the technologies subject to the R&D works could transform these sites and give them a new lease on life."