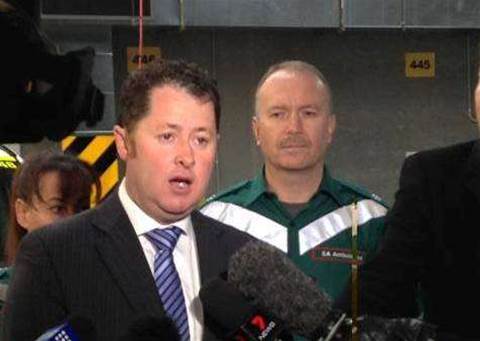 South Australian health minister Jack Snelling has knocked back calls for an independent inquiry into the privacy of the state's e-health records, despite revelations 13 clinicians were caught abusing their privileges to access information on a murder suspect.

Snelling told parliament this afternoon that a routine audit of user logs had exposed clinicians' unauthorised access to Walsh's information within the the state’s electronic medical records system.

A SA Health spokeswoman confirmed “formal disciplinary action” had been taken against 13 staff.

Snelling revealed a further eight unrelated cases of privacy breaches within the medical records system had also been discovered, leading to two staff members being dismissed and the remainder facing internal disciplinary processes.

“I am disgusted by the behaviour of these clinicians,” Snelling told parliament.

However, he rejected calls from the Liberal opposition to order an independent review into the management of patient medical records, saying he was “completely satisfied with the integrity of the system” and the steps taken by the health department to address the incidents.

“I can say that the only reason this came to light was an audit by the department of who has accessed a certain patient’s records,” he said.

It’s the second time the opposition has called for a health records inquiry since it last year aired claims that patient records had been tampered with.

Snelling argued the "good thing about electronic health records is when this does happen we can detect it, which we never could do with paper health records”.

The state operates a single integrated electronic health record across its hospital system, which is being progressively installed as part of the troubled EPAS bundle of works.