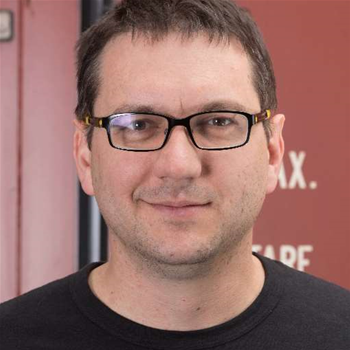 It’s hard to fault the pedigree of Google’s Kubernetes container management tool, and it seems many of the world’s cloud-forward enterprises agree.

Inspired by Borg – Google’s internal container management software, which manages the two billion-plus containers the web giant starts each week – Kubernetes has scale in its DNA.

It’s also been given the highly ambitious goal to “help the entire world make the transition to cloud-native computing”, co-founder Craig McLuckie told iTnews. Cloud-native computing is about packaging applications to make it easy to deploy and manage them in the cloud.

The tool is also a kind of “science experiment” for Google – the first cloud product it’s built and open-sourced from day one.

It seems the experiment is quickly paying off.

When McLuckie pitched the idea of creating Kubernetes, he knew from the start that he wanted to build more than “a nice service that runs on Google’s cloud".

It took a “few go-arounds” but McLuckie eventually convinced Google’s executives to not only create a new cluster management tool, but one that was open-sourced from the start.

The decision to open source Kubernetes has been vindicated in its popularity among end users and contributors alike.

“I don’t think it would have been successful if we hadn’t open sourced it,” McLuckie said.

When he visits Australia this March to present a keynote at the Australian Cloud & Data Centre Strategy Summit – co-organised by iTnews – McLuckie will be bringing a message that Kubernetes is suitable for businesses of all sizes, not just those that operate at web scale.

It’s an important distinction. Other technologies associated with web-scale companies – such as Openstack and Facebook’s Open Compute Project – have previously faced questions over their applicability to non-web scale enterprise environments.

“A lot of people think Kubernetes is only really applicable when you’re trying to operate at internet scale,” McLuckie said.

“But the challenges [of cloud-native computing] aren’t just around dealing with scale, it’s also dealing with complexity.”

McLuckie is likely to find an audience of Australian CIOs familiar with the challenge.

iTnews last year explored the concept of “lego blocks” – effectively a way to break up your existing application environment into cloud-deployable pieces, and the challenge that comes with gluing those pieces together into a single, coherent environment.

“The reality is whenever you can extricate complexity from situations, you drive efficiencies," he said.

“What I’m hoping to accomplish with this cloud native paradigm isn’t just about letting people run at internet scale.

“It’s great if you want to and that’s your problem, but the reality is almost everyone has some level of complexity problem.

“If they could reduce the overall operational complexity of their environments they could change the mix of time they spend between dealing with the existing legacy systems and trying to maintain them, and actually writing new code that’s going to help them drive and advance their business.”

However, McLuckie believes more work is required to advance the ecosystem around containerisation.

He says he is “incredibly concerned” that containers might not live up to their promise if a full stack and ecosystem failed to emerge from current efforts.

He also believes it is in the interests of containerisation and cloud-native computing generally for this ecosystem of multiple vendors to emerge.

“This disruption is bigger than any one company. It’s certainly bigger than Google,” he said.

“I look at the value proposition that it represents to Google and I think about the necessity of having an ecosystem.

“And I think what we need to get to in the community is a well architected stack or series of stacks where there’s very well designated boundaries between the various components, where there’s multiple providers delivering unique value at each level and we have a complete narrative that ties it together.

“That initiative cannot be tied to a single vendor. No one in the world wants this whole entire value of container disruption to accrue to any one person [or organisation].”

McLuckie hopes that ecosystem will eventually build around the Cloud Native Computing Foundation – a multi-vendor effort he expects will eventually “be effectively a sister organisation to Openstack.”

“We’re on the brink of a transition,” he said.

Craig McLuckie will deliver a keynote address at the Australian Data Centre & Strategy Summit on the Gold Coast from March 1-3 2016. He will also appear on a panel discussion with Australian Docker users from Seek and Expedia.