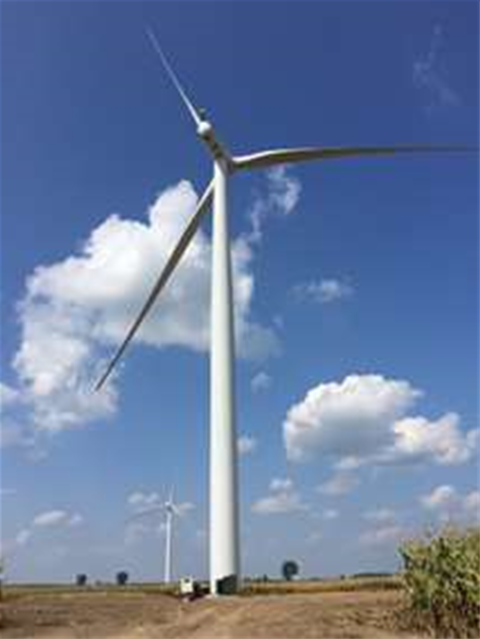 Amazon Web Services has made its first wind farm electricity generation plant operational, as part of its goal to power all its facilities with renewable energy.

Fowler Ridge is the first of three wind power farms planned by AWS. The cloud giant is building a 208 megawatt facility in North Carolina on the US Eastern Seaboard, expected to be ready by December this year.

For its US central region, AWS is working on a 100 megawatt wind farm near Paulding County, in the state of Ohio, set to become operational by May 2017.

AWS is also building a solar panel facility that can produce 80 megawatts in Virginia, to go online by October 2016.

It did not say when it expects to reach its long-term 100 percent renewable energy goal, or how it would achieve that in countries such as Australia which generates most of its energy through burning coal.