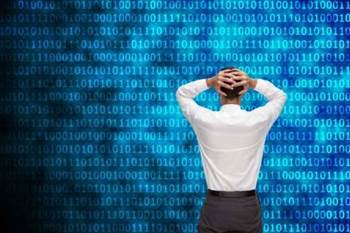 Updated: FOI reveals list of those vying for citizen info.

The federal government has disclosed the names of 57 agencies that are pushing to access the data collected on Australian citizens through the government's data retention regime.

A total of 61 agencies have requested access to the telecommunications non-content data, a freedom of information request by privacy advocate Geordie Guy has revealed.

Four agency names were redacted, as it would be "contrary to the public interest" to release them, according to the Attorney-General's Department.

The 61 agencies have asked to be named as "criminal enforcement agencies" under the TIA Act, a designation which is required to be able to access the retained data.

The Attorney-General has the power to declare an agency a criminal law enforcement agency for the purposes of accessing the data for 40 days only.

To access the retained data on a permanent basis, parliament would need to amend the TIA Act to include the name of the agency in question.

The Attorney-General's Department said A-G George Brandis had not allowed any additional enforcement agencies to access the data beyond the 21 currently listed in the legisation.

That list includes the AFP, state police forces and anti-corruption commissions, and Border Force, as well as regulators like the Crime Commissions, the ACLEI and the ACCC.

The AGD has been contacted for further detail.

The scheme requires telecommunications providers to store certain customer data like personal details, billing information, IP addresses, location and traffic data, and upload and download volumes, among other things, for government agencies to access without a warrant.

The government had cut down on the amount of agencies able to ask telcos for data in the lead up to the introduction of the scheme, which had previously numbered around 80.

Previously the list had included the likes of local councils, environmental bodies and the RSPCA, which were removed after privacy and civil rights advocates questioned why such bodies needed access to the data.

Corporate regulator ASIC was one of those taken off the list and applied to be put back on.