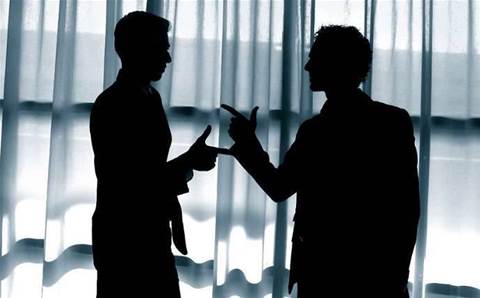 Freelancer.com says it will fight Australia’s privacy regulator over its decision to order the job auction site to pay a former European account holder $20,000 in damages for privacy breaches.

The Office of the Australian Information Commissioner (OAIC) ordered Freelancer.com to pay the damages to settle a long, acrimonious and often very public dispute with the former account holder dating back nearly five years.

However, Freelancer.com deputy chief financial officer Christopher Koch said that the company is planning to appeal the determination.

“Freelancer disagrees with the outcome of this determination and in particular some of the facts that have been accepted as part of it. We are in the process of exercising our rights to appeal. As this matter is currently before the courts it would not be appropriate to comment further at this time,” Koch told iTnews.

It’s understood that Freelancer.com can appeal the decision to the Federal Court or the Administrative Appeals Tribunal. However, it is not currently clear which avenue it will choose.

The company needs to file appeal within next few days.

The former account holder, understood to be based in Poland, lodged a lengthy complaint against the jobs site with the OAIC in December 2014, alleging breaches of at least half-a-dozen Australian privacy principles.

The account holder’s complaint covered a range of ways that Freelancer.com collected, used and disclosed his personal information throughout a protracted dispute that started in December 2010.

Over the next 12 months the dispute escalated. The user’s account was suspended multiple times and was subject to more stringent identity checks that he later described as intrusive and “humiliating”.

The complaint left the privacy regulator examining a number of elements of the job auction site’s conduct, including its IP metadata collection policy, offshore data holdings, transparency of personal information use and its third party disclosure activities.

In particular, the user alleged that the job site breached privacy principles concerning the disclosure of personal information when it shared details with local legal representatives in Poland.

In a ruling that ran to nearly 100 pages, Privacy Commissioner Timothy Pilgrim dismissed all but two of the former account holder’s complaints.

Pilgrim found that Freelancer.com failed to take reasonable steps to disclose and explain its IP collection policy to account holders.

However, Pilgrim appeared even more concerned about Freelancer.com’s conduct around its disclosure of the former account holder’s personal information during very public verbal spats on his personal blog and the Wikipedia web site.

The complainant told the OAIC that a Freelancer.com took steps to expose his identity when he used a nom de plume to post comments on a third party blog site supportive of other individuals also concerned about the job site’s policies. After posting the comments the Freelancer.com representative replied:

For this and a similar infraction on a Wikipedia page, Pilgrim ordered Freelancer.com to pay the former account holder $15,000 for non-economic losses and a further $5,000 in aggravated damages.

He also order the job auction site to apologise to the Polish national.

“The complainant has not sought a declaration by me that Freelancer issue an apology for the distress caused to him by its actions in this matter. Nonetheless Freelancer has in my view demonstrated a reckless indifference to the privacy rights of the complainant. In my view, an apology is warranted and appropriate,” Pilgrim wrote in his ruling.