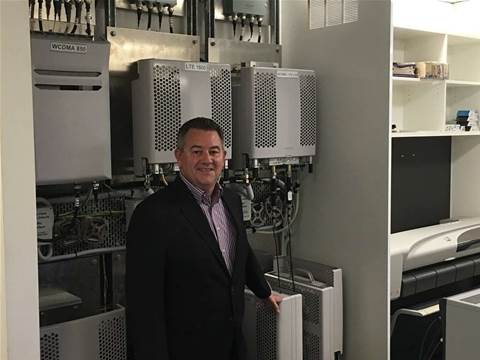 The trial at an undisclosed location used Telstra's production network, with a Cobham Aeroflex TM500 4G network testing device as the receiver.

Five carriers and 100MHz are the maximum under the current LTE-A specification.

With the more commonly used transmission control protocol (TCP), Ericsson and Telstra hit 843Mbps against the Speedtest website, the two telcos said. They declined to reveal the latency of the connection or the distance over the air for the signal.

Telstra operations managing director of networks Mike Wright said that was "a widely accepted view that 4G should achieve peak speeds in the range of 1Gbps".

In reaching such high speeds, Wright said it could be argued that LTE technology was finally moving beyond the 4G barrier.

“The demonstration of 1Gbps end to end capability shows the advanced state of these standards and our ability to rapidly bring them into commercial service in order to deliver increased capacity in our network to meet growing demand," he said.

"In addition to Telstra consumer customers, we are preparing our networks for growth in business use, as well as emerging technologies, which rely on our ability to deliver high capacity and low-latency solutions."

There are currently no handsets or devices capable of working with the combined five carrier LTE signal, and Telstra would not say when or whether it is planning on launching commercial services.