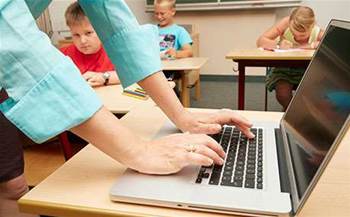 Could get $20m in compensation.

The Victorian state government may be forced to pay back up to $20 million to school teachers who were made to lease laptops from the Education department after a federal court ruled the scheme was unlawful.

The Australian Education Union launched legal action in 2013 over a mandate by the Victorian Department of Education that teachers have access to a laptop in classrooms.

The requirement has existed since July 2009. But teachers were restricted from bringing in their own devices, and instead made to lease laptops from the department.

It charged between $4 and $17 per fortnight for the machines, which was automatically taken out of teacher salaries. The agency operated under a standard four-year lease agreement.

But a Victorian federal court on Friday ruled the scheme was illegal under the Fair Work Act.

Employers are prohibited from forcing staff to spend money on a specific area if it is considered to be unreasonable, the Act states.

Federal Court Justice Mordecai Bromberg said [pdf] the laptop leasing program was unreasonable as teachers had no choice but to participate in the scheme, which inflicted "excessive" costs and did not benefit teachers.

The ruling has potential implications for other jurisdictions across the country, as NSW and Western Australia operate similar laptop leasing programs.

If the decision stands, the state Education department will need to pay back as much as $20 million - the amount it charged teachers for the laptops over the period - to the more than 40,000 teachers affected by the scheme.

The Australian Education Union said laptops were essential for teachers and it was "unreasonable" for them to have to pay for resources necessary for their job.

“Teachers need computers to write school reports, respond to parent emails, develop and co-ordinate curriculum, and collaborate with colleagues. They do not sit in offices at desks, they teach in classrooms - so they need laptop computers," Meredith Peace, AEU Victorian president, said in a statement.

“Today’s decision means teachers and principals across the state who had monies unlawfully deducted from their wages are set to receive backpay and interest."