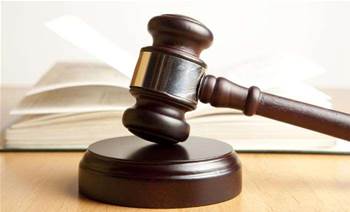 Telstra has launched a legal appeal against the competition watchdog over its decision to lower the telco's wholesale prices.

Last month the ACCC ruled to decrease the fees Telstra charges its wholesale partners to access its fixed-line copper network by 9.4 percent.

The ruling came despite Telstra's push for a 7.2 percent rise, which the telco argued was necessary to account for rising costs resulting from users churning off its network and onto the NBN.

But the ACCC rejected the argument and said end users could suffer "absurd pricing" if wholesale charges weren't lowered.

The ruling meant prices would decrease across the seven fixed-line access services from November 1 this year until June 30 2019.

At the time the telco said it would consider its options for appeal.

Telstra today lodged its request for a judicial review of the ACCC's decision in the federal court.

A spokesperson said the ruling "does not follow the ACCC’s own fixed pricing principles that require Telstra to be given the opportunity to recover from wholesale customers the costs of providing services to them".

They said court was the most appropriate place to get clarity on the matter.

A court date has not yet been set.

The ACCC and Telstra's rivals have argued the telco is being fairly compensated through the $11.2 billion definitive agreements it signed with the government for its copper and HFC networks.

Last month ACCC chairman Rod Sims said Telstra customers should not be lumped with higher costs as a result of NBN migrations.

“The ACCC has taken this approach because it considers that users of the fixed line network have not caused the asset redundancy and under-utilisation and will not be able to use those assets and capacity in the future," he said at the time.

"It would not be in the long term interests of end users for costs to be allocated to users of the network who do not cause them, particularly when Telstra has an avenue to recover those costs."