Ninefold to shut down 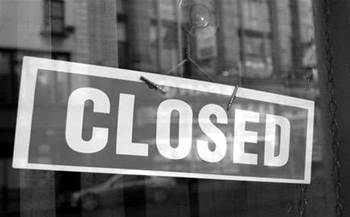 Will close in January after five years of business.

Australian cloud computing provider Ninefold will shut down early next year after five years in business.

The company has advised customers it will discontinue operations after deciding that taking its platform "to the next level" would require a greater investment than it is willing to make.

After evaluating its technical platform and undertaking "much consideration and deep reflection" the company has opted not to attempt the upgrade.

Ninefold has stopped accepting new customers and will cease operations fully as of January 30 next year.

It has started transitioning existing customers to parent company Macquarie Telecom and other providers.

"We appreciate that for some of our customers this will be a significant inconvenience and we will do what we can to make it easy," Ninefold advised.

Its target market was developers, creative agencies and other web-based businesses.

But the company has struggled in recent years as cloud computing giants including AWS and Microsoft set up shop locally, cancelling out Ninefold's value proposition and offering cheaper rates.

"We were the first Australian provider to invest in Aussie infrastructure that was truly cloud - multiple availability zones, instant horizontal and vertical scaling (at cloud capacities), purchased online by the hour. We developed a simple to use user interface and made it easy to integrate via API," the company said.

"We achieved many great milestones on the platform’s journey. Thank you to those that were part of the journey, and thank you to our customers who have made us who we are."