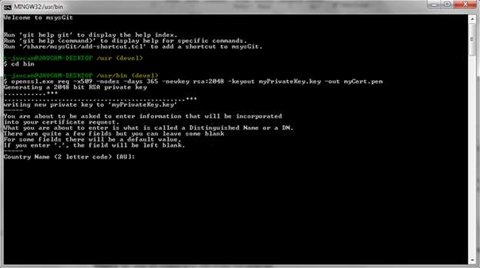 Windows Server staffer Steve Lee announced what he called an initial milestone of OpenSSH 7.1, with the code available on repository site Github.

The code is based on OpenSSH 5.9 for Windows as released by Luxembourg network computing company NoMachine, Lee said. Microsoft and NoMachine updated the latter's port to the more recent OpenSSH 7.1.

Microsoft said in June it would start work to bring the open source SSH to the Windows PowerShell command line shell.

Lee today warned that OpenSSH 7.1 for Windows was still very early code, and should be treated as a developer preview and not used in production systems.

Microsoft now intends to make OpenSSH use Windows cryptographic application programming interfaces rather than the open source OpenSSL and LibreSSL libraries, and enable it to run as a Windows Service, Lee said.

Issues with portable operating system interface (POSIX) standards, used for Unix interoperability, would also be addressed, according to Lee, along with code stabilisation, contributions and fixes ahead of a production release of OpenSSH for Windows.

Microsoft hopes to release a fifth milestone of OpenSSH with complete feature set parity with existing SSH implementations, and full interoperability, within the first half of next year.