NAB jumps on board blockchain project 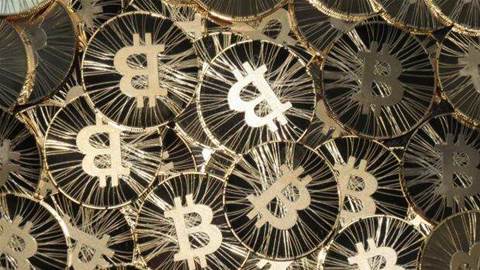 National Australia Bank has joined 20 global peers such as the Commonwealth Bank to trial out ways the technology underpinning Bitcoin, blockchain, can be used in financial markets.

NAB has jumped on board a project run by US financial technology company R3 to create a framework for using blockchain technology.

The project - first announced in September with nine of the world's biggest banks - aims to agree on an underlying architecture for either Bitcoin's blockchain or another decentralised ledger like that being built by Ethereum.

NAB joins the likes of Goldman Sachs, Barclays, JP Morgan, Royal Bank of Scotland and Credit Suisse in the initiative.

Banks are looking to the use of blockchain technology in the hopes it will save them money by making their operations more efficient, transparent and faster. Using technology like blockchain would enable banks to transfer funds and data via a system that avoids reliance on central banks.

"I think blockchain is an opportunity for banks to learn together about something that could have a very significant impact on our business in future years. It could be a virtual banking system," NAB CEO Andrew Thorburn said in a speech to the Australia Israel Chamber of Commerce yesterday.

While Australia's banks have been eager to investigate the impact of the technology in the finance sector, they have been less willing to invest the same amount of time and money into Bitcoin itself.

Last month it was revealed Australia's major banks were closing accounts of Bitcoin companies in response to tougher rules on money laundering and terrorism finance.

The move put at least 13 digital currency providers out of business, according to the Australian Digital Currency Commerce Association (ADCCA).