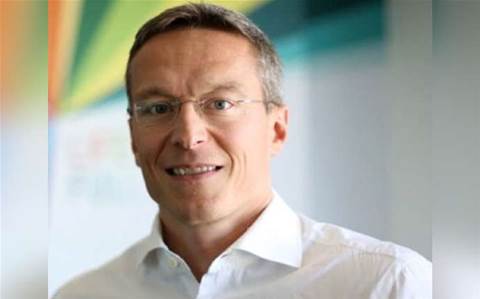 Telstra has promoted three senior group executives in a shake-up of its leadership team after the telco's head of retail announced his resignation.

Whelan will be given the title of group executive for international and new businesses, leaving chief financial officer Warwick Bray with responsibility for strategic finance, including mergers and acquisitions.

The new leadership team will also include Telstra’s group managing director for media and marketing Joe Pollard, who has been promoted to chief marketing officer and group executive of media.

The new leadership divides up the former responsibilities of Gordon Ballantyne, who was previously in charge of Telstra's customer-facing divisions, andTelstra Health.

Ballantyne yesterday announced he was stepping down to pursue other opportunities, but will remain with the telco until the end of December to assist with the handover.

In a statement, Penn said the new structure would allow Telstra to better allign its media and marketing activities.

“Karsten, Cynthia and Joe are outstanding executives who have already made significant contributions to our growth ambitions and will take even larger roles in this new structure. They bring significant international experience prior to joining Telstra,” Penn said.

Whelan joined Telstra in 2013 after serving as the chief executive of Barclays in Australia and New Zealand.

Pollard is currently a non-executive director of AMP Bank, and has previously served in senior roles for iSelect, Nike, Nine, ninemsn and Publicis Mojo.