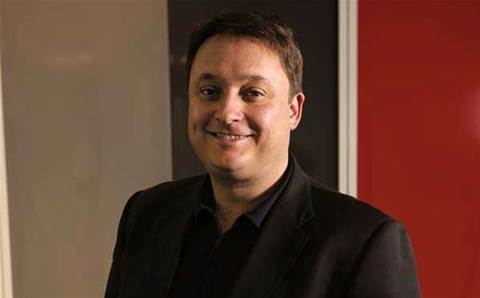 Seven West Media’s chief digital officer is keen to strike a balance between internal innovation and investment in disruptive start-ups as part of the media giant's new innovation strategy.

Soon after joining the company earlier this year, Clive Dickens, who is also a non-executive director of the Yahoo7 joint venture, identified Disney’s innovation culture as a model he’d like to emulate.

Dickens told iTnews he was looking at acqui-hiring staff from start-ups alongside an increased focus on lean and agile methodologies.

“We want to build new businesses that deliver content and services to our audiences, anywhere and on any device,” he said.

“Over the past few years, we’ve ramped up our corporate investing in ventures such as Health Engine, which simplifies medical appointments using your mobile, and Nabo, which is a social media site that simplifies neighbourhood search.

“We also see very early-stage start-up investing as a sweet spot for thousands of Australians who have great ideas, and what great ideas need is resources to get it off the ground.”

In the coming weeks, the media giant will unveil its innovation roadmap, which will feature three key innovation projects.

The central anchors of Seven West’s strategy will be the impending launch of the Seven Live streaming video service, extended coverage of the Australian Open, and a subscription-based native app for the 2016 Olympics.

Seven West in August said it would start live-streaming its three broadcast television channels – Seven, 7TWO and 7mate – from December 1 via the existing PLUS7 app.

“Behind the scenes, we’ve had to add a lot of on-premises and cloud-based video encoding capabilities. We’ve taken the step of encoding a lot of that video on-premises, due to the scale of what we’re doing.”

He was tight-lipped about the Seven’s tennis project and refused to reveal more details until closer to the launch.

Its third innovation pillar, the 2016 Olympics native app, will offer nearly 5000 hours of HD video, "covering every sport from every angle”, Dickens said.

“We benefit by being what’s known as a rights-holder broadcaster [for the Olympic games]," he said.

“For a consumer in Australia, the app will look like it’s personalised for Seven, but that same app will also be used by rights holders in countries all over the world.”

A key internal supporter of the innovation strategy is iiNet director Michael Malone, who joined the Seven West board as a non-executive director in June.

“He is very supportive of us finding the next range of corporate ideas. While he does have his own business interests to take care of and is not an executive director, he is always available when managers and staff need his advice," Dickens said.

Dickens also has his sights set on fostering innovation through investments in start-ups – something he argues many enterprises fail to do enough.

“I encourage any kind of investment in the start-up space. Corporates should spend more time working with start-ups, because there are many grassroots entrepreneurs with innovative ideas out there,” Dickens said.

However he takes issue with the term 'start-up' being used in Australia for any new business, arguing it should apply to ventures based on a technological innovation, using agile methodologies, or able to scale its business model rapidly.

“In any given year, Seven West will start a large number of new businesses – but I would not consider them to be start-ups," he said.

For established enterprises such as Seven West, Dickens said investing in early-stage innovation has benefits that go beyond the “desire to back a winner”.

“Mentoring entrepreneurs and early-stage start-ups is a great way to get management teams to think differently, including applying lean and agile methodologies to accomplish tasks," he said.

“Start-ups have limited cash and are not able to rely on the same core IT infrastructure and resources as large corporates.

“Instead, they come up with innovative ways to solve problems, and that can show a management team different ways of solving their own problems.”

Another key benefit for corporates in adopting a start-up investment strategy is the possibility of acqui-hires, which Dickens describes as “an incredibly efficient way to find ideas to solve a common problem”.

“One of the great bonuses of accelerator programs is we’re living in an age where great visions and ideas have an opportunity to change the world," he said.

“Many of us grew up in a time when doing that was a lot harder. When I left college, the pressure was to find a job and become employable.

“The definition of success in tech in 2015 is not necessarily having a job, it’s creating value by doing what you love, and start-up entrepreneurs are the closest to that emotion.”

One practical example of Dickens' approach to start-ups is evident through its newly-signed mentoring and support partnership with Telstra’s muru-D corporate accelerator.

But Dickens says his company won't limit itself to one program.

“This is not about who we partnered with – any investment in start-up accelerators is beneficial to the start-up space," he said.