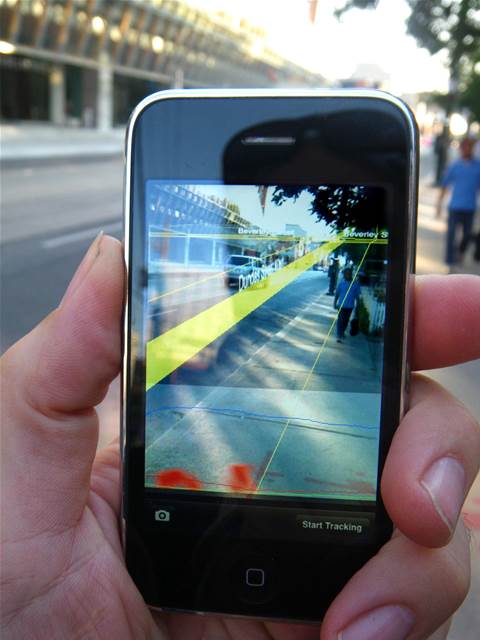 Foundation platform to kick off with AR tours of campus.

Deakin University is planning to build an augmented reality platform that will allow any area of the university to create its own AR content.

It will be a big leap of faith into AR for Deakin, which dipped its toes into the field with a trial of a multi-lingual augmented reality application at its Burwood open day last year.

Initially the AR platform will launch with an on-demand orientation tour of Deakin's English Language Institute for new students.

The technology will introduce new students to the institute's facilities and campus buildings, and deliver them orientation materials. The AR software will also provide augmented information on geographical points of interest around campus.

The technology will present itself to end users as a mobile application on iPhone (running iOS 7+) and Android (running version 4.0+) devices.

It will also work on web browsers newer than IE 10, Chrome 41, Firefox 31, and potentially Microsoft Edge. Deakin plans to make the technology available on wearable devices in the future.

An AR content management system (CMS) will form the core of Deakin's plans to allow any Deakin staff member to create their own AR content.

The CMS will be incorporated into the university's online student portal DeakinSync.

Deakin chief digital officer William Confalonieri wants the platform to be able to cover the whole lifecycle of the university - for visitors to learn about interesting places, for students to find their way around, and for students in the classroom and researchers in the lab.

"This is really ambitious," Confalonieri said.

"What we want is to have the foundational platform and capabilities to allow all Deakin staff to develop immersive reality applications.

"Apart from the normal campus services that will be augmented, we are thinking of using this in the learning space and research space as well.

"We are having conversations with teachers and the whole academic part of the university to understand how we are going to approach that. That will come after.

"First, we need the foundation for everybody to be able to do what they want."

The "wayfinding solution", as Deakin dubs it, will allow users to navigate from anywhere in Australia to a specific classroom inside a building at the university. It will have modes for public transport, driving and walking.

"Initially, once inside the building, the app would show the floor plan and the suggested route to the requested room (over multiple building levels) via a “bread crumb trail”, with the end destination highlighted," the uni stated in tender documents.

"It is expected that as the technology comes online in the coming months this will become active turn-by-turn navigation all the way to the entry of the classroom, correcting you if you head the wrong way."

The solution uses mapping technology by Here and MetroView Systems.

Once the university has awarded an AR supplier, the project will commence next January and wrap up in late August. A partner will likely be appointed to support the platform for the following three years.

Deakin is not the only Australian university to experiment with augmented reality, but appears to be one of few implementing it on a wide scale.

The technology tends to be used in universities for one-off events such as orientation days, art exhibits and project days.