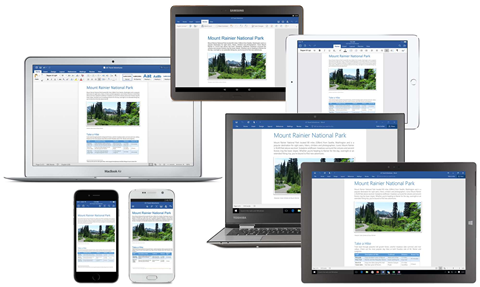 Launches with standalone and subscription options.

Microsoft's latest version of its flagship Office productivity suite has released to the public, as both a standalone one-time purchase and through software subscription service Office 365.

Enterprise customers get several new features in Office 2016 including data loss prevention, which gives admins the ability to stop the leaking of sensitive data by users sharing content.

Multi-factor authentication for user document access outside corporate networks, guaranteed macro and add-on compatibility with earlier Office versions, as well as improved deployment and management tools are also key features of the release.

However, the enterprise data protection (EDP) feature that can be used to restrict sharing of content to within corporate boundaries is not yet available. Microsoft said EDP will appear early next year in Office running on Windows 10.

Collaboration is a continued emphasis for Microsoft, and Word gets real-time co-authoring for the first time in the standalone version.

Skype for Business is integrated into the Office 2016 apps, allowing users to send instant messages, share screens, and make voice and video calls. 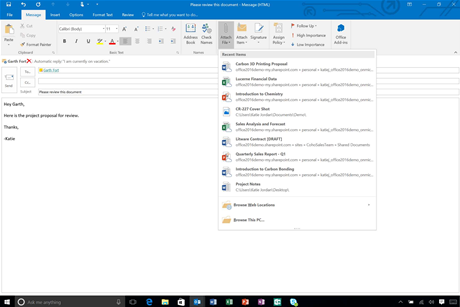 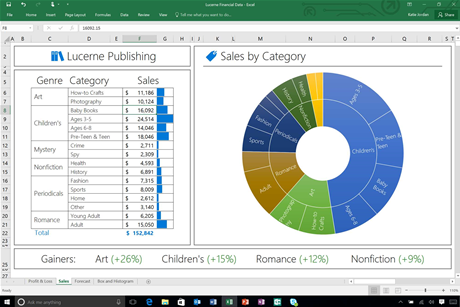 For businesses, Office 2016 starts from $7 per month on a subscription basis for the business essentials product, and up to $17.50 per month for business premium.

Office 2016 is available to Office 365 subscribers for $119 per year ($12/month) for the home edition, covering five computers and tablets, or $89/year ($9/month) for the personal edition, licensed for one PC or tablet.

Microsoft's standalone Office 2016 professional edition costs $599 for one computer, and is available for both Windows and Mac OS X.