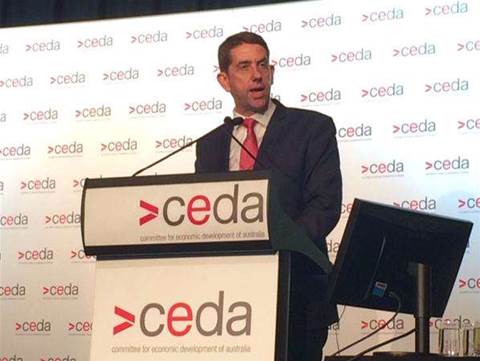 Declares intention to ‘move on’ with $1.26bn IT investment plan.

Queensland Health Minister Cameron Dick has publicly apologised for the disastrous replacement of the Health payroll system under the previous Labor government, declaring his intention to turn over a new leaf when it comes to the state’s electronic health systems.

Speaking to a CEDA forum in Brisbane yesterday, Dick acknowledged the shortcomings of the former Labor government from when the project kicked off in 2007 up to its dramatic collapse in 2010.

“Put simply, the introduction of a new payroll system under the previous Labor government was a disaster,” he said.

He described the Bligh administration as a government “already struggling on a number of fronts” and said the incident left Queensland Health’s reputation in tatters.

“This entire affair undermined the confidence of staff in their employer, and decimated morale across an organisation that depends on its people like few others,” he said.

“Today, I apologise for this."

Seeking to draw a line in the sand between himself and the now notorious IT failure, Dick said Queensland Health could not live in the past and it was time for the department to move on.

Supreme Court Justice Glenn Martin is currently pondering whether to throw the Queensland government’s damages claim against payroll contractor IBM out of court. Queensland commenced legal proceedings against its former partner just over 18 months ago.

Dick used the apology as a precursor to unveil his 20-year plan for IT investment in the Queensland health system (pdf) - worth $1.26 billion,and which he claims will create 1000 jobs.

Indicative costings included in the plan suggest expenditure of:

One of the strategy’s first projects will be the overhaul of IT infrastructure at the Princess Alexandra hospital to turn in into a “digital hospital”.

The project centres on a Cerner patient administration system, and is due to go live in November this year.

The overhaul will include rapid tap-on-tap-off access to computers for clinicians and 200 new workstations on wheels.

The strategy also outlines a plan to replace a number of high- risk legacy systems threatening the stability of the state’s health system, specifically the patient administration system, the pathology system and finance system.

iTnews has contacted the Minister’s office for confirmation that the hit-list will include replacement of the soon-to-be out-of-support Hospital Based Corporate Information System (HBCIS), which has been estimated to cost $440 million and take seven years.

Included in the strategy is the department's rollout of the challenging integrated electronic medical record. The ieMR has recently been downgraded from a red warning status on the state’s ICT project dashboard.

Queensland Health said it has changed its approach to the ieMR rollout to “best leverage the investment to date” by favouring implementation to the areas of highest demand and complexity.

It will now prioritise implementation in facilities that support an emergency department, and is looking at ‘lite’ implementations in several other sites.