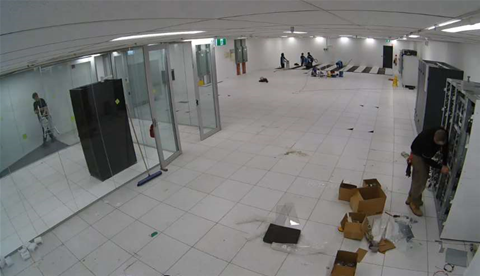 Datacom has moved out of its long-held data centre in St Leonards and handed the lease to the former owner of Vocus-acquired data centre company E3 Networks.

E3's Brisbane facility - which later shifted to another in Milton - was the only data centre owned by E3 that Vocus decided not to purchase.

Founder Jon Eaves later decided to spin out a new business from E3's remains, establishing Syncom as the new umbrella company for four of his hosting businesses.

Since its birth, Syncom has provided hosting services out of the Vocus data centres in Sydney and Melbourne as well as Global Switch facilities, alongside the Milton centre.

But the company reached capacity at its co-location facilities, and as a long-time data centre builder, Eaves decided it was cheaper to build rather than rent further space to reach Syncom's growth targets.

He had initially planned to become the anchor tenant of Fairfax's former printing plant in Melbourne's Tullamarine, but the deal fell through when property company and planned site owner, ADX Management, struggled to secure capital.

But luck was on Eaves' side when Datacom decided to move out of its long-held St Leonards, Sydney rented premises - owned by Mirvac - in March this year and into its existing Ryde data centre.

Eaves snapped up the lease - which will run for the next five years - and started working on retrofitting the premises.

The 700 square metre data centre - which includes office space - will be fitted to house 150 racks.

Syncom is in the final stages of the retrofit, having completed all testing. It will soon move in its equipment and set up the racks before going live on October 1.

Eaves was able to complete the retrofit for $1 million thanks to previous experience building out such facilities.

He said he had been drawn to the St Leonards facility for its reputation as a data centre with the longest uptime of any locally.

"It's never had an outage that we're aware of," he told iTnews.

"It's been live since 1988. It's been so good that we were able to go in here knowing it already had the power, had already been a data centre and came fitted out - all we had to to was retrofit and upgrade some older equipment.

"That's a lot easier than doing a new build, and a lot cheaper."

Syncom won't move all its existing racks out of its partner facilities in Sydney and Melbourne - a third of its customer base will come to St Leonards, leaving the company around 120 racks of initial capacity to sell to hosting providers.

Eaves said operating its own facility would allow Syncom to become truly competitive in the current hosting price war.

"Three years ago the [market differential] was PUE [power usage effectiveness], and now we don't see anybody asking for it," Eaves said.

"Then it became a question of how much they could fit in racks for cloud, and now it's moved to being abour price and location.

"The game has lifted from what it was - everybody now offers a suite of additional services, it's all becoming much of the same. People want SLAs, standards, secure uptime, and it's now going to come down to a game of pricing."

Syncom has therefore created a model it dubs RAX - where R stands for racks, A for amps, and X for exchange.

Customers are charged $500 a month for a rack, and pay for power usage in increments on top. Power is charged at around $150 per kilowatt, which reduces after around 4 kilowatts the more power is used.

Connection and peering with anyone else in the facility is free, Eaves said.