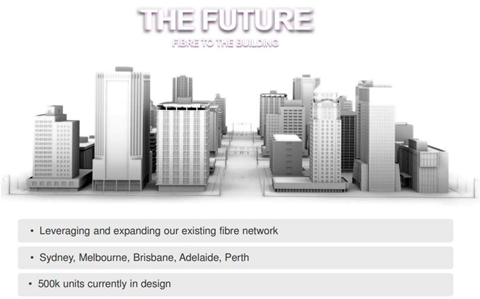 Ahead of government deadline.

TPG is now offering wholesale partners the opportunity to access its fibre-to-the-basement network through a Layer 2 product for $27 per month, as demanded by the government's carrier license conditions.

Last December the government revealed carriers, such as TPG, who compete with the NBN would need to offer non-discriminatory wholesale access to their networks and structurally separate their retail and wholesale businesses.

The condition was specifically targeted at TPG, which took advantage of a loophole in anti-cherry picking laws to extend its existing network in metropolitan areas to build its own FTTB network.

The new license condition requires service providers to offer a Layer 2 wholesale service for $27 per month before December 30 2016.

TPG avoided going straight for the baseline Layer 2 offering - which only provides partners the data link, on top of which they can create their own plans - initially, opting instead for a fully managed $45p/m package in March.

However, iTnews has confirmed the internet service provider has since started offering the $27p/m Layer 2 product to wholesale partners.

Under the carrier license condition, the Layer 2 service must offer speeds of 25Mbps down and 5Mbps up.

The product must not cost more than $27p/m, the government ruled in the license condition.

"This price is in relation to the use of the local access line; the specified carrier may add additional charges for backhaul to the point of interconnection," the condition states.

"However these charges should not discriminate between the specified carrier’s own retail operations and those of other carriers and carriage service providers seeking access."

TPG - which last week won regulatory and court approval for its takeover of rival iiNet - recently created a new retail arm to sell its wholesale fibre-to-the-basement product to residential customers.

The carrier license condition requires TPG to functionally separate its retail and wholesale businesses by June 30.

Just prior to the deadline, TPG transferred its retail customers to Wondercom, a retail business focused solely on selling TPG's FTTB product to consumers.

The company's FTTB services will only be available to 500,000 select apartments across metropolitan Sydney, Melbourne, Adelaide, Brisbane and Perth.

TPG did not respond to a request for comment.