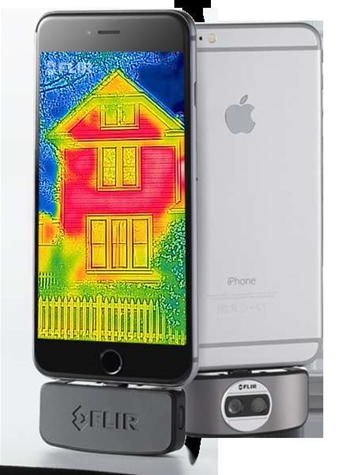 A British infosec company has found that cheap thermal imaging accessories for smartphones can be used to glean personal identification numbers entered on push-button security devices on bank ATMs..

Thermal imaging devices used to be bulky and expensive, but Sec-Tec told iTnews they can now be bought cheaply as compact iPhone accessories - for instance, the FLIR One, which retails for US$249 (A$340).

The company tested several PIN pads in ATMs, locks and safes with the thermal imagers and found they could "leak" the digits entered by legimate users for longer than a minute after use.

While it was easy to work out which keys were pressed, it was much harder to figure out the order in which they were entered, Sec-Tec. It devised two methods that assisted considerably in identifying the key ordering, butthe firm did not disclose them.

Even if the key press ordering is not identified, Sec-Tec said few devices have a lock-out mechanism to stop repeated PIN entries -  meaning it's easy to test all combinations of four-digit codes.

Preventing PIN disclosure through thermal imaging is relatively easy, the company said. Users can palm the keypad after use which, even after just a few seconds, makes thermal imaging attacks impossible.