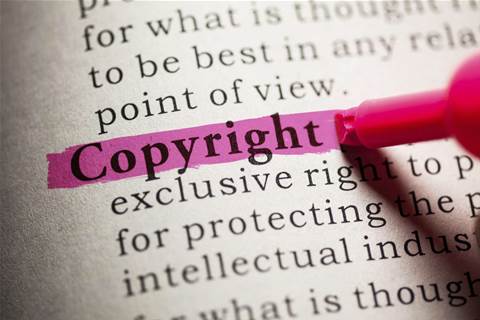 iiNet and a number of internet service providers will be saved from handing over details of alleged pirates for now after a federal court judge rejected Dallas Buyers Club LLC's proposed method of calculating damages for alleged infringers.

In a surprise ruling today, Justice Perram refused to grant DBC access to the account holder details after being unsatisfied with how the company proposed to communicate alleged infringement to them.

He found two of the four proposed methods of calculating the amount of damages to be pursued from an individual were "untenable".

However, the judge put a stay on the order until he could be satisfied with DBC's method of communicating the alleged infringements to the account holders, and that the company would not engage in speculative invoicing.

In the United States, DBC parent company Voltage has sent aggressive letters to account holders advising they were liable for substantial damages due to copyright infringement, and offering to settle for a smaller but still substantial sum.

In June, DBC submitted its proposed method of communication to the court.

It revealed it planned to ask alleged copyright violators for details of their annual salaries and online file sharing activities to determine the size of the penalty to be charged for claimed infringement.

The communications were laid out in a draft letter and telephone script.

But Justice Perram today said two out of the four "heads" of methodology DBC was planning to use to determine damages it would pursue from an individual were troublesome.

In its secret methodology, DBC was proposing to include a claim for:

Perram said while he had no issue with claiming for a single legitimate copy of the film and for damages relating to costs in obtaining account holder details, the other two claims were "untenable".

Perram said there was no doubt sharing the film online via BitTorrent had infringed DBC's copyright.

But among other issues, DBC was claiming it was entitled to obtain a one-off licence fee from each BitTorrent uploader on the basis that each was engaged in the widespread distribution of the film.

He rejected DBC's claim that those who accessed the film via BitTorrent would have negotiated a license fee with DBC had it not been shared by the alleged infringer.

"The idea that any court would assess DBC’s damages on the basis that BitTorrent users who were going to share the film over the BitTorrent network would have avoided infringement by approaching DBC to negotiate a distribution arrangement in return for a licence fee is so surreal as not to be taken seriously," he said.

Additionally, there was no legal recourse to sue one person for the copyright infringement actions of another, he said.

Perram said he would lift the stay - and require ISPs to hand over the account holder details - if DBC provided a written undertaking to the court that it would only use the information to claim for the cost of an actual purchase of a copy of the film and damages related to the costs of obtaining the user details.

Perram said he would set a $600,000 bond should DBC breach such an undertaking.

He similarly said he would direct the court registrar to list any further action under himself.

DBC was ordered to pay the ISPs costs for the May 1 stay of preliminary discovery order.