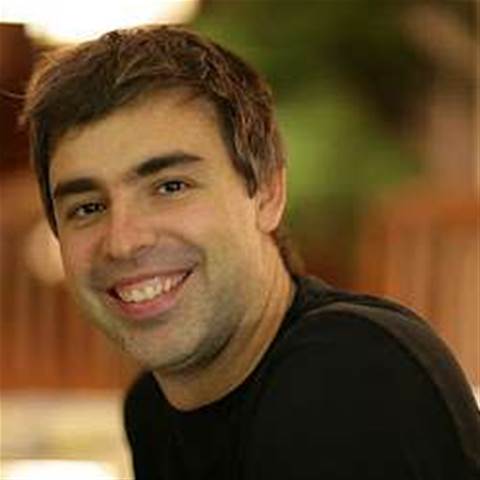 Brin and Page will be the chief executives of Alphabet, with Eric Schmidt stepping in as the chairman of the board.

Google itself will cease to be publicly traded, with shares in the company automatically converting to the equal amount of holdings in Alphabet.

Sundar Pichai, who currently heads up a range of Google products, has been anointed the chief executive of the new Google, with Brin and Page working with him in an advisory capacity.

Page said Google had done many things that seemed crazy at the time - like Maps, YouTube, Chrome and Android - and wanted to continue to do the same by launching the new operating format.

"We’ve long believed that over time companies tend to get comfortable doing the same thing, just making incremental changes. But in the technology industry, where revolutionary ideas drive the next big growth areas, you need to be a bit uncomfortable to stay relevant," Page wrote in a blog announcing the changes.

He cited a letter written by himself and Brin 11 years ago which said “Google is not a conventional company. We do not intend to become one."

The Alphabet-owned Google will be slimmed down, Page said.

Life sciences, health efforts and other ventures that are "pretty far afield of our main internet products" will be moved away from Google to Alphabet companies. These will be independent with their own chief executives, Page stated.

Alphabet will also include the X Lab incubator - which has previously launched the Wing delivery drone service, aimed at competing with Amazon's similar effort - and Ventures and Capital, Page said.

Ahead of becoming Alphabet, Google maintains a market capitalisation of US$444 billion (A$599 billion).