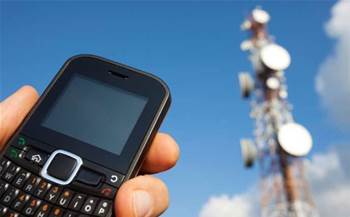 Optus has confirmed it will shut down its 2G GSM mobile phone network, with the carrier citing increased 4G mobile data use as a key reason for the decision.

Customers of mobile virtual network operators (MVNOs) that use the Optus network, such as Amaysim, as well as Optus brands like Virgin Mobile will also be affected by the closure.

Optus plans to reallocate the spectrum freed up to improve its 4G services after it closes the 2G network on April 1 2017.

Telstra has already announced plans to close its 2G network by the end of 2016, along with its dial-up internet services.

“Greater smartphone usage and advances in 4G technology are driving customer preferences for more mobile data and faster speeds and there has been a steady decline in 2G traffic and customers in the last few years," he said.

“Our priority is to prepare our customers for this change and ensure they have sufficient time to upgrade to newer devices.

"Optus will provide affected customers with more details about options available to them closer to the closure of our 2G network in April 2017. For some customers this might be a simple SIM upgrade.”

In June, iTnews reported Optus was reviewing the future of its 2G GSM mobile services after parent Singtel opted to shut down its Singapore 2G network.

As with its Australian counterpart, Singtel cited consumers’ “increased demand for mobile data and faster access speeds” and the high uptake of faster 3G and 4G services.

The network was originally launched in 1993, and played a key role in the early stages of telecommunications deregulation in Australia.

A Vodafone spokesperson told iTnews there was currently no end date planned for its own 2G services.

“While demand for 3G and 4G is increasing, we recognise many customers are satisfied with a basic mobile service,” the spokesperson said.

“We’re continually monitoring spectrum to balance the need for 2G, 3G and 4G services on the Vodafone network.”

2G networks have been “milked dry”

Telecommunications industry analyst Paul Budde told iTnews the widespread adoption of 3G and 4G had made 2G an obsolete technology.

“When Telstra and Optus make a decision like this, it’s because they’ve milked the system as long as possible, and now it’s time to move on,” Budde said.

“Obviously they will have to deal with people still on 2G and get them on 3G.

“Optus can now use that spectrum for other things, like M2M and IoT communications. That’s speculation, of course – nothing has been announced yet – but that’s the trend we’re seeing around the world.”

According to Budde, the international roaming market, in particular from countries without widespread adoption of 3G and 4G services, had for a number of years been a key reason why Australian carriers retained their 2G services.

However, changes in the mobile phone industry at home and abroad had made that proposition far less lucrative than it once was.

“While it’s different in Europe, in Australia most travellers now use local SIMs or international companies when they travel, plus Skype and Whatsapp,” Budde said.

“There are still some businesspeople who are willing to use roaming and pay hundreds for their calls while they’re overseas, but they’re a dying breed.