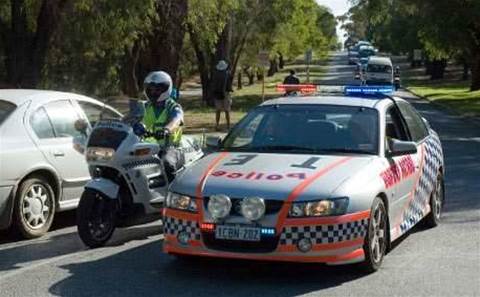 Incumbent provider Motorola will continue its 15-year relationship with the West Australian Police as it replaces the force’s end-of-life computer-aided dispatch system under an $11 million refresh deal.

The WA Police received $13.9 million in the 2014 state budget for the overhaul, with the whole project previously valued at $25 million. It will see the force’s ageing CAD, which is struggling under rapidly increasing call loads, renewed for the next five to 15 years.

Motorola’s Australian MD Steve Crutchfield told iTnews the existing system had been in place for around ten years. He said on top of the “simple lifecycle” reasons for replacing the old software, the new product will “untether” the police force from desks, stations and even in-car terminals.

The operating system and device-agnostic new CAD, to be installed over the coming 18 months, feeds into WA Police’s burgeoning mobility ambitions.

The force has yet to decide on hardware for its mobile strategy, but Motorola has bundled its Australian-developed Mobile Intelligence Client into the CAD deal in preparation for the kind of device rollout already seen in Queensland, Tasmania and the NT.

Crutchfield said the Windows version of the client is already being used by NT Police, while Victoria Police is running trials of the solution.

“This upgrade will give our officers a flexible technology platform to strengthen information sharing throughout the agency, and provide the flexibility we need to adapt to meet new challenges in the future,” he said.

The new CAD will offer the ability for CCTV and other electronic and multimedia evidence to be sent directly to responding officers in the field equipped with appropriate devices.

It also gives dispatch staff the ability to geo-fence dispatch directions, meaning services can be targeted or excluded based on their proximity to an incident, or guided around an exclusion zone.

The new software also opens up the possibility of receiving triple zero reports from members of the public via SMS, once all legal and procedural obstacles have been surmounted.

Motorola will stress-test the call loads the new PremierOne CAD can bear and will build in full redundancy at a secondary location to ensure an uninterrupted service.