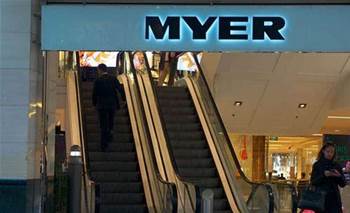 Department store giant Myer has commenced a search for a chief digital and data officer to replace the vacant CIO role it created only 12 months ago.

A spokesman for the retailer said the former CIO functions would be bundled into the new position.

Myer’s first and only CIO, Richard Umbers, was appointed to the role in June 2014, just months after a damaging week-long outage that downed the retailer's ecommerce channels during the busy post-Christmas sale period.

But Umbers left the position this past March after being parachuted into the chief executive’s job when former boss Bernie Brooks stood down. The Myer board described its one-time IT boss as a “contemporary retailer with the clear ability to reshape Myer in a new retail landscape”.

The CIO role has been vacant since.

It will now be subsumed into the new CDDO position, which aims to establish a strong brains trust of ecommerce and data savvy in the top echelons of Myer management.

Day-to-day IT operations are likely to remain under the direction of IT group general manager Anthony Coelho.

The new management is under pressure to turn around declining earnings, while at the same time keeping pace with competitor David Jones, which has been bought out by capital-rich parent Woolworths South Africa.

Myer's business strategy is currently under review, with Umbers set to reveal new plans for the retailer later this year. The strategy is likely to emphasise data-driven innovations and the Myer One loyalty scheme.

“An extensive customer research project using internal and external data sources has delivered a detailed analysis of the current and future Myer customer, and the merchandise services they want to enrich their lifestyle,” he told investors in March.