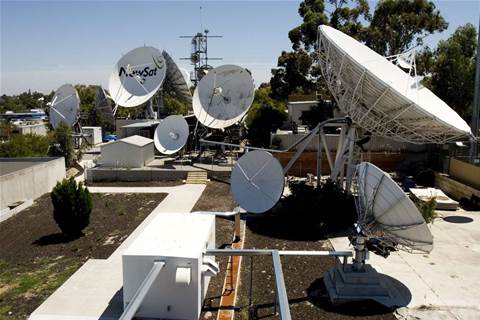 Global satellite operator SpeedCast has snapped up both of NewSat’s Australian teleport sites as the failed local company looks to dispose of its assets and pay down debt after being forced in receivership in April.

In a $12 million deal, SpeedCast will take over NewSat’s Perth and Adelaide teleports, including all land, buildings and equipment, plus “most” of its existing customer contracts.

The deal means 20 NewSat workers at the sites and the US will move over to new jobs at SpeedCast.

SpeedCast has snapped up the assets to “increase the group’s penetration into the energy and government markets”, according to a presentation SpeedCast delivered to investors today.

“Our established Australian network, augmented by NewSat’s infrastructure assets and customer base, will enable us to expand our presence in the market, in particular with government and Perth-based customers to which we can sell additional services globally, as well as enhance the level of local support previously available to our customers,” SpeedCast CEO Pierre-Jean Beylier said.

Customers served out of NewSat’s Adelaide and Perth sites include Australian, UK and US governments.

The new owner says it will weigh up the possibility of installing new antennas at the acquired facilities.

NewSat receivers are desperately working to recoup funds from the business after its Jabiru-1 satellite build faltered back in August 2014, when financiers pulled out of the scheme and forced NewSat to miss its payments to builder Lockheed Martin and launch provider Arianespace.

Lockheed Martin has since seized ownership of what already has been completed on Jabiru-1. In June, NewSat sacked its CEO and CFO and it continued to drive capital raising efforts targeting an estimated $70 million.

The acquired teleports can reportedly reach 75 percent of the globe, and are estimated to generate $22 million in revenue during 2015-16, amounting to EBITDA of $3.8 million.

SpeedCast, which boasts iiNet founder Michael Malone as a board member, expects to squeeze efficiencies of between $200,000 and $300,000 in 2015 from bundling the new sites into its existing Australian network, which already includes teleports in Sydney, Brisbane and Darwin.

The Hong Kong-based satellite company has operations in 60 different countries, including 30 teleports globally.