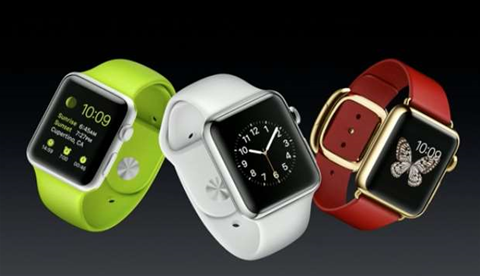 Bumps and hugs will transfer funds.

Apple has filed a patent that would allow Watch users to make peer-to-peer payments through near-field communications (NFC) and Bluetooth wireless capabilities in the devices.

The technology would authorise funds transfers either over wi-fi or Bluetooth, using the NFC to verify the transaction and encrypt the data.

Apple Watch wearers would effectively need only shake hands to exchange payment data, according to Apple's description of the technology.

"The exchange of information can be wholly or partially automated and can occur in response to a device detecting a “greeting 25 event"," the patent application states.

"In some embodiments, a greeting event is detected when two user devices belonging to different users are in proximity and the users of the devices concurrently execute a greeting gesture, such as a handshake, bow, hand slap, hug, or the like."

According to Apple, the capability could work not only with its Watch product but also with any piece of jewellery, eyewear, a headband, belt, shoe, or other item of clothing.

Payments giant PayPal has offered its customers with iPhones the ability to "bump" devices to faciliate payments since 2010.

Apple released its disruptive Apple Pay payments solution to the market late last year. It is not currently available in Australia. 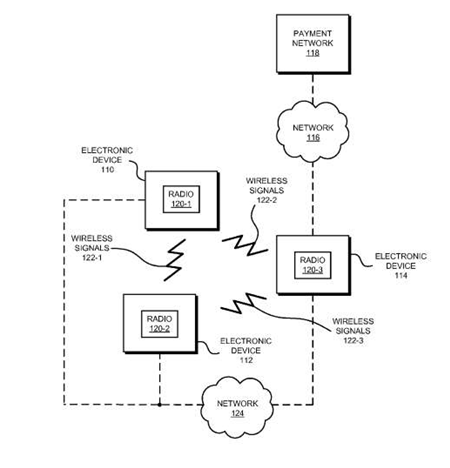 Apple's concept for payments via NFC, Bluetooth
Got a news tip for our journalists? Share it with us anonymously here.