Starved of funding, resources, OAIC is left to shrivel 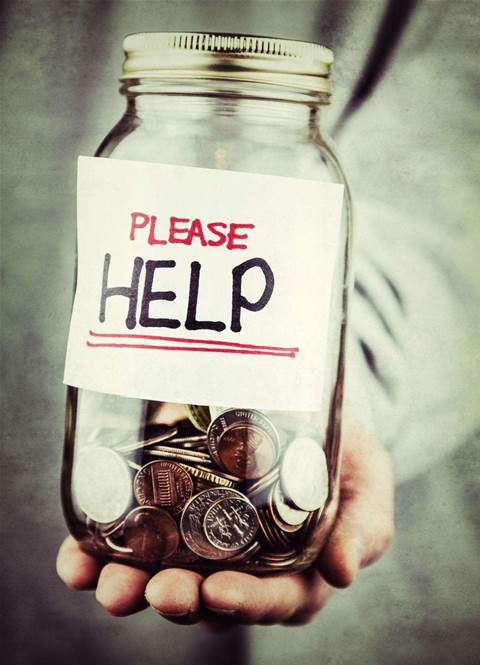 Don't be fooled: the government's decision to reinstate Timothy Pilgrim in the Office of the Australian Information Commissioner does not indicate it is going soft on its plans to get rid of the OAIC.

It's just the latest effort by the government to abolish the OAIC by stealth - this time leaving one man to handle the load of three statutory functions by himself for three months.

It's no secret the government isn't happy with the OAIC in its current form. In last years' budget, the Commonwealth announced the office's functions would be scattered among four existing agencies in an attempt to save $10.2 million over four years.

But it failed to pass the legislation required to dissolve the agency before the end of sitting last year.

So instead, it has decided to achieve its goals by closing its purse strings and cutting off the OAIC from the funding it requires to do its job.

In anticipation of the agency's closure within the year, the government cut more than a third from the OAIC's allocation in the 2014 budget. This year is much the same, with a token golden handshake of $1.7 million "transitional funding" - but still nowhere near the levels that the already lean organisation needed to operate at full speed.

Nothing has changed: this week's renewal of Pilgrim to the OAIC is merely an interim solution to three statutory vacanies the government was facing by August 1.

Pilgrim's tenure was to end on Sunday. Information Commissioner John McMillan is scheduled to leave for NSW as its new ombudsman at the end of the month, and FOI Commissioner James Popple wasn't replaced after he left late last year.

Pilgrim's new appointment allows the government to meet its bare minimum legal requirements, while simultaneously warding off a potential collapse in the FOI review process.

But in all likelihood, the government will decide not to replace the empty FOI or privacy commissioner roles while it waits to get its changes passed in the Senate, since there is no (legal) barrier to Pilgrim doing the work on his own.

The Attorney-General's Department has consistently declined to provide any detail on its plans for the office, claiming it is "a matter for government".

But the fact that Pilgrim's tenure has only been renewed for three months indicates the government still believes the OAIC won't be around much longer - despite its lack of Senate backing to formally dissolve the office.

The move is also unlikely to deflect concerns about whether the government is meeting its legal obligations to resource the agency properly so it can fulfil its statutory requirements: legal experts say what the government is doing amounts to an undermining of the law.

The OAIC can limp on with one statutory officer in place, but whether Pilgrim can realistically handle the privacy and FOI workload remains to be seen.

The backlog of FOI review applications alone is daunting - since the government announced its intention to kill off the OAIC, the number of cases that have been passed on to the Administrative Appeals Tribunal has skyrocketed by 47 percent.

Of equal importance are the highly critical functions provided by the Privacy Commissioner.

While Pilgrim spends his time wading through the increasing number of FOI review requests, who will tackle privacy investigations and provide the privacy documents that businesses rely on so heavily?

The privacy guidelines, documents and investigations developed by the OAIC are the go-to for many infosec and privacy experts within business, acting as third-party backing when a marketing or IT leader wants to do something risky with data.

Lumping one officer with the functions of three is an impossible ask.

This war of attrition on the OAIC prevents it from being able to perform its statutory obligations for the government's own political gain, and it is potentially putting Australians' privacy at risk.

Let's hope it decides to stop thumbing its nose at the rule of law and give parliament its legal right to vote on whether or not to euthanise an entity that parliament itself created.