EasyJet to use drones for aircraft inspection 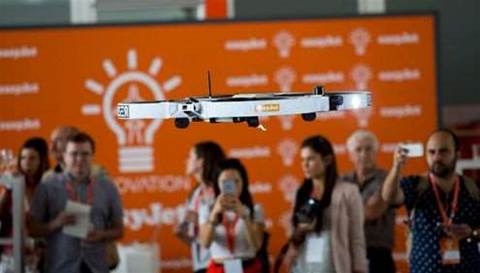 Budget airline carrier easyJet has completed its first trial of drones that scan a plane's body to spot problems faster than manual inspection.

After revealing its plans last year, EasyJet this week said it had successfully completed automated drone inspection of one of its aircraft at its second largest base, Milan Malpensa.

It is now aiming to extend its use of inspection drones in its European engineering bases within 12 months.

Each pre-programmed drone will be fitted with high-resolution 4k cameras and a set of sensors based on LiDAR technology. These fire thousands of laser pulses a second to measure their surroundings in minute detail.

The technology will deliver a fast, safe, prognosis of the aircraft, according to EasyJet project manager Mark Bunting.

"So at the moment it takes quite a few people to get up and do an inspection of the aeroplane. They need to bring it into the hangar or drive heavy machinery around," Bunting said.

"And it takes quite a bit of time out of service; so it delays passengers. We're introducing drones to try and increase safe, fast inspections so we can turn an aircraft round and get it back to service a lot quicker after lightning strikes and bird strikes."

EasyJet said the automated technology could cut the time planes are out of use from days to hours.

3D printing will be part of the next generation engines it has ordered for its new Airbus fleet. The more fuel-efficient LEAP 1-A engine will feature 3D printed metal parts including fuel nozzles and carbon filter fan blades.

These new engines are vital for EasyJet's future as a cost-saving airline, according to the company's head of engineering Ian Davies.

"These are the most advanced engines in the world. And in those there is technology - 3D printed metal technology that actually improves fuel-burn," Davies said.

"And fuel-burn and fuel costs are our biggest costs; saving fuel means that our fares can remain low. So it's really important that 3D technology not only gets through to use day-to-day in the cabin, it gets into production products such as our new engine."

A virtual reality system - that uses Oculus's VR headset - is also in the pipeline to help train airline crew.

A new app for the iPhone and Apple Watch also aims to make travel easier for the airline's 66 million annual passengers.