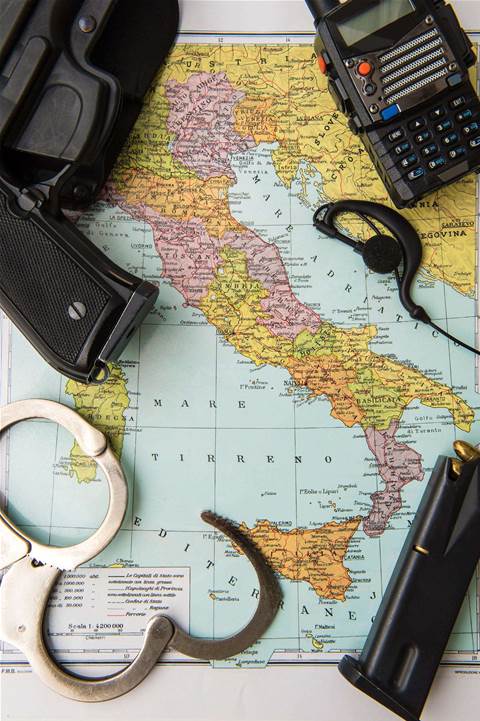 Minister happy to share, but is bureaucracy getting in the way?

Speaking at the Biometrics Institute’s annual conference, O’Connell said Australia and its neighbours “appear behind the curve compared to others across the globe in their systematic and proactive use of these capabilities”.

Interpol operates the trans-border automated fingerprint identification system (AFIS), which stores more than 210,000 criminal IDs from 170 countries. Only three percent of these details come from the Asia Pacific region.

It also operates an international DNA system containing 155,000 profiles of wanted individuals and is working on a facial recognition database already entries 250,000 strong.

The systems are used to alert law enforcement to border-crossing criminals who are using false identities to evade prosecution.

O’Connell told iTnews Australia was "part of the problem rather than the solution” when it comes to what he portrayed as the creation of a law enforcement blind spot in the region.

“Europe provides 623 times more DNA data than the Asia Pacific region,” he told conference delegates, opining that the region “appears to forget, or not be aware, of the use of it at an international level”.

When asked about Australia’s lack of cooperation in this space, Immigration Minister Peter Dutton told iTnews he was open anything that will “keep our country and our region safe”.

“We have a very good working relationship with Interpol. If there is more we can do to ensure cooperation with like-minded countries - if we can ensure the protection of data that is collected and the way it will be treated - then we are open to those conversations, and we are open to greater collaboration," Dutton said.

But O’Connell implied that layers of bureaucracy and siloed IT across state and federal law enforcement agencies was the real reason Australia is lagging in cross-checking its own criminal biometric records with the international police.

He said there was no “single voice” with which Australia can communicate this sort of data.

“Everyone wants to catch terrorists and child pornogrophers,” he said.

“But I think Interpol needs to explain how they deal with false positives and people who falsely end up on a watch list.”

He said the field performance of biometrics was rarely close what happens in the lab, and warned that as the matching of such data expanded, so would the wrongful linking of otherwise innocent identities - so-called false positives.

Wilson said these risks were heightened when police tune down the sensitivity of biometric algorithms in fear wanted criminals might otherwise go undetected.