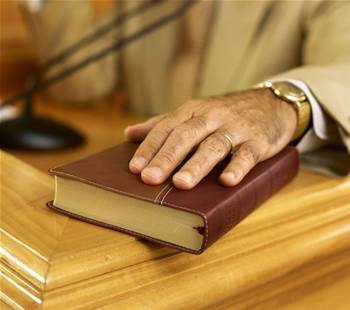 A former shared services manager from Victoria’s Department of Education has told the state’s corruption watchdog she harboured serious concerns about the Ultranet schools system from the first day she heard about it, as well as the role provider Oracle played in its inception.

She told the commissioners her then-boss Jeff Rosewarne ignored her concerns about the probity implications of allowing Oracle to give the department $1 million worth of “in kind” resources to kick off the development of a new student management system.

IBAC is investigating a culture of bypassing procurement rules within the Department of Education in the late 2000s, which it alleges led to the channeling of funds into so-called “banker schools” so they could be used by department officials independently of government oversight.

Hart told the hearing Rosewarne, who was then deputy secretary of the department, called her into his office sometime in 2005 or 2006 to tell her Oracle had offered to extend a million dollars worth of its own staff time to help with the prototyping of a tool called 'Students@Centre' being trialled at Glen Waverley college with an eye on a state-wide rollout.

“I immediately had significant concerns about the project,” Hart said.

“Mr Rosewarne had told me that the proposal was to expand it across all of the government schools, my concern was in any future tender process there were possibilities of conflicts, particularly if Oracle were allowed to bid for those tenders.

“..to develop a prototype to the standard they were talking about would have had significantly disadvantaged any other tenderer,” she said.

She accused Rosewarne of going ahead with the proposal despite the clear inconsistencies, and said she subsequently removed herself from any dealings with the project.

Schools@Centre went on to become Ultranet, the statewide shared learning platform that the state government dumped in 2013 after $180 million was spent on the troubled rollout.

A $60 million contract to rollout the system was awarded to CSG (since acquired by NEC) in 2009 to be built using the Oracle Student Learning suite.

The former shared services manager said she was also wary of a later trip to the UK involving five education officials working on the Ultranet project, who were all upgraded to business class flights based on an ‘authorisation’ made by Rosewarne on a yellow post-it note.

She said at the time only senior executives were permitted to fly business class, and the authority to make exceptions to this rule was usually only dealt out by the premier on a case-by-case basis.