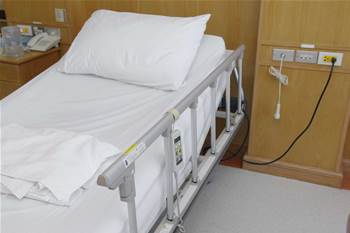 The federal government plans to create electronic health records for all Australians by default in the hope an opt-out model will counter the slow take up of the former PCEHR system, now known as myHealth Record.

Health Minister Sussan Ley today said less than ten percent of eligible Australians had signed up for a health record. She said the slow uptake was undermining the system's clinical usefulness.

In his report into the operation of the Personally Controlled Electronic Health Record (PCEHR) scheme (pdf), Richard Royle pointed out that making e-health records opt-out in the UK led to records being set up for nearly 46 million people, with an opt-out rate of just 1.4 percent.

“Doctors have indicated they’re much more likely to use the system if all their patients have a record,” Ley said in a statement.

“We also need full coverage if we’re to cut down on inefficiencies created by not having one seamless records system, such as double ups with testing, prescriptions and other procedures.”

The approach will initially be trialed in select geographic locations, a Health spokeswoman explained to iTnews.

She said the population of the trial sites will be notified beforehand of the plans, and given the opportunity to opt-out. Those who don't opt-out will then have a record created for them.

A national rollout of the opt-out method will not take place until these trials are complete.

The myHealth Record platform will also be redesigned to better align with clinical workflows, and to make sure current medications lists are easily available and practitioners are alerted to any potential adverse drug combinations.

The Government will provide $485 million in extra funding to pay for the revamped scheme over the next four years.

It has forecast to save close to $4 billion annually thanks to health system efficiencies it expects will kick in within the decade.

Ley also announced that the Government would take up another key Royle recommendation and dissolve the National eHealth Transition Authority (NeHTA), the PCEHR lead agency.

Royle had said NeHTA failed to act on consultations with the clinical community.

In line with the review team’s advice, NeHTA will be replaced by an Australian Commission for eHealth from July 2016. Additionally, myHealth Record governance functions will transition out of the Department of Health into the new group.

In May last year, Australian Information Commissioner John McMillan warned policy makers that the move to set up national records for citizens by default threatened to re-ignite the ‘Australia Card’ privacy debate which almost derailed the Hawke government in 1986.

Ley insisted the trial stages of the approach would iron out any bugs and "ensure the appropriate protections are in place to give patients peace of mind".