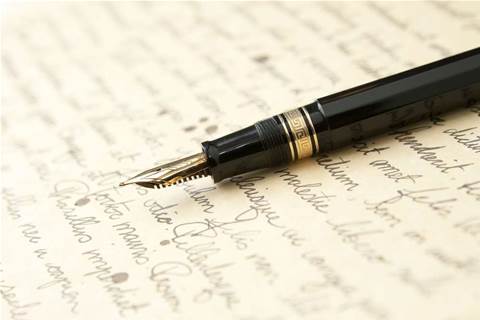 But won't hand letter to judge until same day.

The owners of the Dallas Buyers Club film want iiNet and a number of other internet service providers to hand over the details of 4700 alleged copyright infringers within two weeks.

The parties were back in court today following Justice Perram's ruling earlier this month that iiNet, Internode, Dodo, Amnet, Adam Internet and Wideband Networks hand DBC LLC the customer details of those the rights holder claims shared its film online without authorisation.

Perram imposed certain conditions on the ruling - including that DBC must submit any letter it plans to send an alleged infringer to the judge first for approval.

In today's directional hearing, counsel for DBC argued for iiNet to hand over the customer details before May 6th - before any draft letter had been submitted.

DBC's lawyers said the rights holder would submit a draft template for the communication it proposed to send to alleged copyright infringers before May 6th.

But Justice Perram said DBC should be required to pay a $275,000 security for costs before iiNet and the other ISPs hand over the user details because otherwise the company "might just go to the airport".

iiNet's argument throughout the case has been that should preliminary discovery be granted, DBC LLC and parent Voltage Pictures will take the same approach as in the US and send threatening letters to ISP customers demanding a settlement payment to avoid legal action.

Justice Perram's ruling that DBC submit draft letters to himself before sending them to customers was similarly designed to avoid this so-called "speculative invoicing".

Perram today indicated he would hold over the discussion on the letters.

Lawyers for DBC LLC also took issue with Justice Perram's ruling on costs, arguing that iiNet's "adversarial" approach to the case meant the ISP should be required to foot some of the bill.

Under the April 7 ruling, DBC LLC was ordered to pay the cost of the proceedings, and also the ISP's costs for handing over the customer details.

But iiNet fought DBC's application on “virtually every single basis that can be conceived”, DBC counsel argued today - had the ISP simply defended the privacy of its users, DBC would have had no issue paying the ISP's costs, it said.

However, iiNet failed on almost every point it contested, DBC counsel said, meaning the ISP should be required to pay DBC's costs as the winner in the case.

The rights holder also said iiNet should be forced to pay the costs of flying out an expert witness - Daniel Macek from German piracy-hunting software company Maverickeye - given the cross-examination proved to be worthless.

Justice Perram similarly said in his judgment that the cross-examination had proven to be a "non-event" given Macek did not have the necessary expertise.

iiNet counsel today argued that it would set a "startling precedent" if ISPs were ruled to pay for the Macek costs simply because the cross-examination didn't prove to make a difference.

A decision on costs was adjourned until next week.