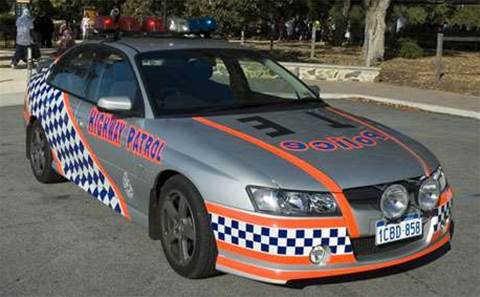 Broader mobile revamp on the cards.

WA Police is exploring a mobile project that would make it easier for officers responding to an armed hold-up to capture and circulate surveillance footage of the alleged offender.

Lance Martin, superintendent of the state intelligence and communications portfolio at WA Police, told the recent Field Service Management 2015 conference that first responders to an armed hold-up faced a number of challenges securing video from the scene.

These challenges include that the owner may be traumatised or that specific codecs are required to extract video from the surveillance system, meaning a delay of up to several hours to get the video into the hands of the investigative officer.

"The challenge is the best time to have that information is minutes after [the hold-up] occurred," Martin said.

"So one of the business processes we're looking at is when we go to the scene, the first officer will get a mobility solution, grab a snapshot of the [surveillance] video, transmit that to where it can be very quickly edited at a central location, - an operations centre - and then dispatched to all other field resources.

"We're setting ourselves a KPI of being able to turn it [around] in about five minutes - which would be quite an improvement."

Circulating the footage or image to other officers in the field, particularly those close by, could prevent other hold-ups.

"A lot of armed holdups occur in clusters," Martin said.

The project is part of a wider focus on revamping mobility in the force.

"We're looking at the concept of enterprise-level mobility solutions as we think we can get a return-on-investment on that, but taking it far broader than the pure tactical-based mobility we have today," Martin said.

WA Police started with mobility in 2006, fitting in-car terminals to 435 cars. It has also stood up its own data network, consisting 32 radio sites across the greater Perth metro, and also uses Telstra's NextG network extensively for broader reach.

The NSW Police Force will train 1000 officers across 16 locations to use the cameras in order to improve evidence gathering and encourage officers to be on their best behaviour.

Similarly, the newly-elected Queensland Labor government took its pledge to spend $5 million on body-worn cameras to the January state election.