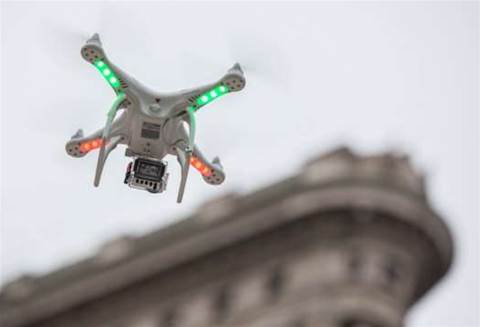 Two US law enforcement agencies wasted a combined US$2.1 million (A$2.7 million) on 23 drones that never flew beyond testing, an internal watchdog at the country's Department of Justice has found.

The audit report on Justice's use of unmanned aircraft systems [pdf] last week revealed the US Federal Bureau of Investigation (FBI) bought 34 drones and associated control stations for US$3 million, but only half ever became operational.

It also revealed the FBI has only two pilots for its fleet of 23 drones.

The auditors similarly took issue with the FBI's management of drone use - the agency's recent centralisation of drones to one location means the two pilots have to be physically moved around the country to conduct any drone operation.

This centralisation combined with the limited number of pilots means the FBI was hindered in its ability to deploy the systems to "distant locations quickly or to multiple locations simultaneously", the report stated.

The FBI has been using drones for the past six years - in a limited capacity - as part of search and rescue efforts, investigations involving kidnapping and drug trafficking, and for manhunts and national security missions, according to the report.

The internal Justice auditors also found that the United States Bureau of Alcohol, Tobacco, Firearms and Explosives (ATF) spent US$600,000 to buy six rotary-wing drones that were never flown operationally.

ATF officials told the audit office the drones were bought to provide video surveillance that could integrate with other surveillance platforms and equipment already in use by the agency.

However, during testing the ATF discovered a "series of technological limitations" with the particular models it had acquired, according to the report.

"In particular, ATF determined the real-time battery capability for one UAS model lasted for only about 20 minutes even though the manufacturer specified its flight time was 45 minutes," the report stated.

"ATF determined that the other two models of UAS acquired also were unreliable or unsuitable for surveillance."

One smaller model - priced at almost US$90,000 - was found to be "too difficult to use reliably", the audit office reported.

"Furthermore, the [ATF] discovered that a gas-powered UAS model, which cost approximately US$315,000 and was specified to fly for up to 2 hours, was never operable due to multiple technical defects."

The ATF decided the six drones were unsuitable for use in June last year and suspended all drone related activities, the auditors said. The agency then gave the six drones to the US Naval Criminal Investigative Service for free.

But despite the June 2014 suspension of the drone program, a division within the ATF spent another US$15,000 on five drones just one week later, the auditors found.

The drones were later grounded pending further guidance about their use given the suspension, according to the report. It did not specify whether the drones were also unable to be used operationally.

"We recommend that ATF direct responsible officials to perform a thorough needs analysis regarding the potential UAS capabilities it requires that ensures the best approaches to procure UAS prior to restarting future UAS acquisition activity," the auditors advised.

The report comes just months after the watchdog for the US Department of Homeland Security found that an eight-year program by the country's Customs agency to deploy drones at the US-Mexico border had been ineffective.