HP Australia loses half a billion dollars in three years 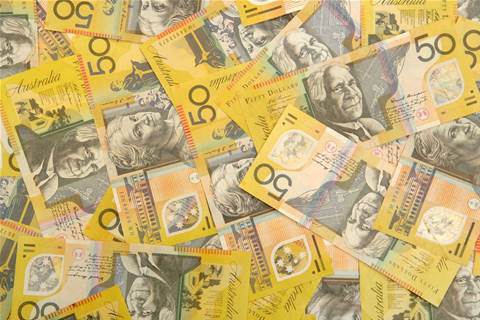 HP Australia has racked up almost half a billion dollars in losses over the past three years, with its latest financial results revealing the company does not expect things to look up any time soon.

The local arm of the global technology giant recorded a net loss of $152 million in its 2014 financial year ended last October, according to results filed with Australia’s corporate regulator ASIC on Wednesday night.

HP last year made the decision to write off $161 million in deferred tax assets - a step usually taken when a company does not expect to make profit in the immediate coming years. It was subsequently hit with a hefty tax bill of $165.9 million that year.

The company now holds $270 million in unrealised tax assets, which it has not recognised as “it is not considered probable that future taxable profit will be available against which they can be realised”.

According to the financial filing, there were “no significant future events” that would “cause management to conclude that past performance was not an appropriate indicator of future performance”.

HP Australia was handed a tax benefit of $161,000 as a result of a range of adjustments related to deferred tax and income tax.

Revenue actually grew slightly from $3.3 billion in fiscal 2013 to $3.6 billion in its most recent financial year, thanks to small increases in both product and services sales. Costs rose from $3.4 billion to $3.8 billion, however, mostly due to increased cost of inventory.

The local operation relies heavily on the financial support of its US parent. As at October last year, HP Australia’s liabilities exceeded its assets by $564 million.

HP globally is in the midst of a five-year turnaround plan, initiated by CEO Meg Whitman in 2012 as part of an effort to refocus the business and return it to a competitive and profitable operation.

The group last year announced plans to separate into two companies, one for its hardware business (to be named HP) and another for its services operations (Hewlett-Packard Enterprise).

The separation is expected to be complete by October 31 this year.

However, in its recent vendor rating for the company, analyst firm Gartner said the split would do little for HP's customers, its growth, or its "shortcomings in cloud, mobility and SaaS"

"HP has stabilised, but is unable to deliver new sources of profitable growth to offset declines in its core businesses. HP's separation may benefit shareholders, but large HP-centric customers now have to deal with two companies, and the separation has raised concerns of further divestitures after it is completed," the firm wrote.

"It is unclear how two separate (but still large companies) will be better able to respond to market dynamics than one very large company. HP's stated strategy to deliver solutions for the new style of IT isn't specific enough to uniquely differentiate HP's capabilities from competitors.

"Further, HP hasn't made any substantive acquisitions to accelerate growth in strategic areas, such as cloud, security, big data or mobility."