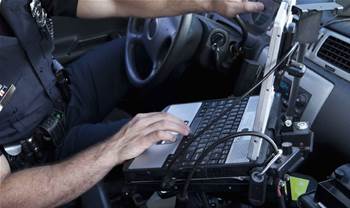 Victoria will continue its 12 year public-private partnership with Motorola, renewing the data network deal which links around 1000 devices in Victorian ambulances and police cars across the state.

The government has opted to extend the deal for at least another two years, at a cost of $41.5 million, rather than take over ownership of the network now the original PPP agreement has reached its expiry.

The data network links up 400 ambulance and 600 Victoria Police devices, including mobile data terminals installed in police cars and ambulances, plus laptops used on the front line.

The MDN went live in 2005, providing services primarily to police and ambulance staff in the Metropolitan region, but also switching users to other commercial networks when they roam beyond the installed region.

Its adoption has reportedly led to a 16 percent drop in use of already congested emergency services radio networks.

“MDN is an essential service for the state that enhances capability in the field and ultimately helps to protect and save lives across the state,” said Motorola Australia MD Steve Crutchfield.

Motorola says it will use the contract extension to trial a handful of new technologies, including 4G broadband and new mobile terminals. It believes that the new technology could lay the foundations for emergency services workers to securely connect their own personal devices to the network in the future, it the state decides to go down the BYOD path.

Ahead of the Victorian state election the Labor party committed to spending $10 million to replace StateNet with a secure digital network.

The Motorola deal with continue to be managed by Victoria’s Emergency Services Telecommunications Agency (ESTA).