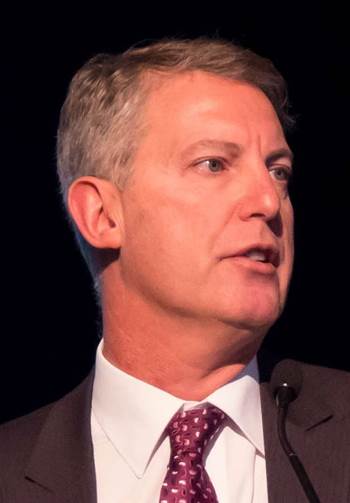 The Department of Human Service’s Gary Sterrenberg has risen to the top of a stellar group of CIOs to be named 2015’s Government CIO of the year.

Sterrenberg was praised for his vision and courage in piecing together myGov, the uniform authentication layer that combines a growing range of Commonwealth services in one web-based location.

With a deceptively simple solution, Sterrenberg was able to realise a vision that e-government advocates have sought for years - creating a seamless gateway into government that bypasses the gaps between agencies.

MyGov also represents a platform that can be built upon to unify more and more federal - and even state - government services, with neighbouring jurisdictions already showing an interest in jumping on board.

In less than a year of operation, myGov is already boasting 5.8 million accounts (no doubt helped by the Australian Tax Office's adoption of the service), and Sterrenberg and his team have positioned the DHS IT shop as a leader in the digital service delivery field.

Sterrenberg's win was hard-fought in one of the most competitive categories this year. High praise is given to both Maria Milosavljevic from the Crime Commission for her Fusion project as well as NSW Finance's Pedro Harris for his work on GovDC.

"I feel very humbled. Pedro, your stuff is amazing. Maria, I am enthralled by what you are doing, so it's in good company and I hope I get to share this with you," Sterrenberg said on accepting his award.