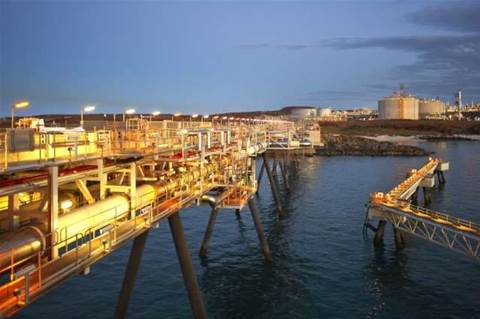 Woodside Energy has laid out an ambitious technology and innovation strategy for 2015 as it builds on a $45 million strategic technology plan created last year.

The energy giant plans to set up a "physical and virtual space in Perth", known as the Woodside Innovation and Technology Hub (WITH) [pdf].

It describes WITH as a "diverse community of world-class innovators and leaders woking together to share knowledge and realise innovation to meet the future needs and challenges of the global oil and gas industry".

The brochure claims WITH will have impacts across Woodside's value chain and involve input from "industry, students, researchers, entrepreneurs and subject matter experts".

Aside from preparing Woodside for the digital disruption that is being felt across the resources sector, the strategy also offers a number of "technical" and "non-technical" work streams that aim to prepare the company for near-shore and floating liquefied natural gas (LNG) production.

The wider industry could potentially benefit if some of these innovations are commercialised, which is within the scope of the strategy.

Woodside is pursuing a floating LNG strategy for its Browse project in north-west Western Australia. It initially wanted to do processing on-shore but switched approaches due to rising costs and environmental opposition.

The company is already testing the FLNG operating model by setting up its first remote operations centre, which went live in December 2014 and is expected to be fully operational early this year.

Known as the Pluto Support Centre, the facility is located in Perth and staffed by Woodside support personnel that were formerly based at onshore facilities near Karratha, some 1500km away.

The design is considered to be a test run for how onshore staff will interact with a floating LNG facility. A Woodside spokesperson declined to comment on the centre.

One of the other main technical work streams to fall out of WITH is around enterprise artificial intelligence and analytics.

"Artificial intelligence and data analytics, sensors and control systems offer oil and gas companies the chance to control or automate high-cost, high-risk or error-prone tasks," Woodside detailed in the brochure.

"While automation offers many potential benefits in the upstream value chain of exploration, development and production, some of the biggest opportunities are in production operations, such as reducing unplanned downtime."

Work is continuing to refine the strategy and source partners to work on specific WITH projects.

A representative from Woodside's technology arm could not be reached for comment on WITH.