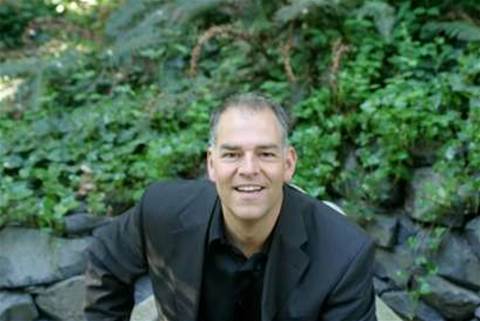 The University of Adelaide has rounded off a two-year project to virtualise its application portfolio for students to cater to a rapid increase in BYOD devices on campus.

Under its ten-year ‘Beacon of Enlightenment’ strategic plan - which among other things responded to increasing demand for online student services - CIO Mark Gregory and his team set about unshackling students from the workstations they were required to use in order to access university applications.

The team was also spurred on by a device boom that saw the number of personal machines brought onto campus leap from 35,000 to 65,000 over the last five years.

A number of applications and the university’s email had already been shifted to the cloud, but much of its productivity software - including academic applications - still required a traditional Windows PC environment. This meant students were reliant on the university’s 3000 public workstations to access the systems.

Gregory first trialled 15 applications on a virtual desktop in 2013, and extended the trial to over 90 applications in 2014.

The university created a ‘client computing services’ team which built the virtual apps infrastructure (using Citrix XenApp 7.6, Microsoft HyperV and Server 2012)  as well as a Mac app store (based on the JAMF Casper suite) to cater to a significant growth in use of Mac OS X software the uni had identified.

Gregory immediately found that a new team on its own was not enough - performance would also need to be optimised. A NetApp SSD array and HP server-based platform was developed, while websites were rebuilt to offer self-help services for the new operating environments.

The uni also contracted IT services company Datacom to assist with out of hours phone support.

The infrastructure was fully rolled out in the final months of 2014, first to students and then to staff. Over 10,000 unique users are now accessing the more than 90 applications the uni has virtualised, and more than 5000 users can take advantage of the 30-odd apps in the Mac app store.

Aside from productivity benefits, the project has also resulted in significant cost reductions - the uni now no longer needs to upgrade between 60 and 70 percent of its workstations, or around 700 machines per year. Gregory estimates the uni will break even on the cost of the project in 30 months.

The next item on Gregory’s agenda is a CRM replacement project, which will consolidate a number of smaller, disparate systems with one university-wide solution, based on Oracle’s RightNow.

It’s an attempt to offer staff a full view of every interaction a student makes with the university throughout their degree.

The rollout will commence around March, and Gregory expects it to wrap up after several months.

Uni students will also this year continue to benefit from unlimited internet on campus.

Gregory and his team spent the past year testing out unlimited internet services to students to ascertain the uni’s use point.

Despite the potential for abuse of the service, less than one percent of users were moved into a slower speed pool - triggered when more than 4GB of data is used by an individual in a day, Gregory said.

As such, the university opted to continue the policy into 2015. Gregory said the approach had cut costs of labor associated with the previous, stricter policy, while only costing 5 percent more than anticipated.

“It was very popular. When we did have a more stringent policy we needed people to manage it, and so in doing this we actually offset the cost of all that management by automating the slowdowns.”