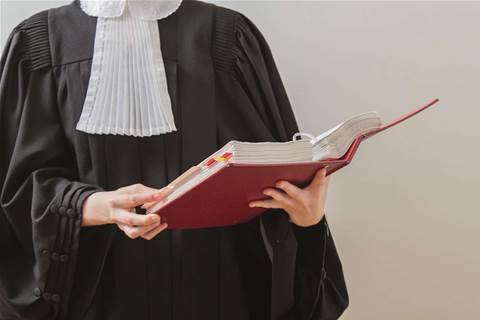 State government says it was misled.

The Queensland government says it never should have picked IBM to design and implement a new payroll solution for its health department, and will take the IT giant to court alleging it deceived the state in order to win the lucrative deal.

The Newman government, which faces its first election in just over a fortnight, announced more than a year ago that it would attempt to recoup some of the estimated $1.25 billion cost of finishing a failed replacement of Queensland Health’s payroll systems, by suing the prime contractor behind the rollout.

After a year of inaction on the case, the Queensland government has appointed Minter Ellison as its legal team, replacing the state’s crown solicitors, and upgraded the damages it was seeking in December last year.

IBM’s own legal team, the Sydney branch of Jones Day Lawyers, indicated the company plans to defend the case.

iTnews can reveal Queensland will argue that misinformation provided by IBM during the tender process directly resulted in the state ‘mistakenly’ preferencing the company over competing bidder Accenture, and agreeing to a software design it says compromised the project.

According to court documents, the state government's legal team and accountants are still calculating exactly what they believe IBM owes the state - a figure that could extend into the hundreds of millions of dollars.

Queensland wants to be refunded any additional fees it paid to IBM beyond the project’s original deadline, and is also after compensation for the internal costs of remediating the system (work that still continues), overpayments to staff, and for the cost of running schemes to help overpaid staff return the money, plus any interest and court costs.

The state government will seek to convince the court that the IBM bidding team engaged in “misleading and deceptive” conduct under the Trade Practices Act in order to win the deal, in the full knowledge that the state was relying on its expertise to inform its strategy.

It argues IBM would have had a reasonable idea that some of the stretched truths it peddled in its bid would cause trouble down the line.

“IBM owed a duty to the state to take reasonable care to ensure that its representations were accurate and not misleading,” the state argued in its statement of claim, tendered in the Queensland Supreme Court.

“A reasonable person in the position of IBM would have known that the expertise representations were false."

Queensland’s legal team will argue that IBM knowingly oversold its capability and expertise when it pitched an integrated SAP/Workbrain-based solution to replace the health department’s ageing LATTICE payroll software.

At the time, IBM positioned itself as a leader in the implementation of the sort of shared IT scheme the Queensland government had in mind for the health payroll system, the state government argued in court documents.

It alleges that IBM representatives promoted the company as having “extensive shared services implementation experience” greater than “any other company in the world”.

But in hindsight, the state says, the company had not made any attempts to ensure it would actually be able to hire employees with the sorts of skills it needed.

The main problem was its choice of a relatively niche HR product called Workbrain - for which it already held licences - to act as an ‘awards engine’ calculating the many Queensland Health pay scales for the remaining SAP modules.

Queensland will argue that IBM would have known Workbrain had never been implemented in the Australian public sector before, nor had it been linked with SAP locally in the way IBM was proposing.

Thus there were few people with the requisite skills to roll out such an experiment in the domestic market, particularly on the scale of Queensland Health, which paid out more than $200 million in wages every fortnight, the state will argue.

Workbrain’s only support call centre was based in the vendor’s home city of Toronto, Canada at the time.

Queensland has also taken umbrage at claims by IBM that the Workbrain integration represented a canny and low-risk solution for the department.

The Queensland Health tender evaluation team reported that they altered IBM’s scores after hearing the details of the SAP/Workbrain design to nudge the company ahead of its competitor Accenture.

According to the state, IBM also knowingly underquoted on some key aspects on the project cost, and proposed a August 2008 deadline for the system build that it had no reasonable grounds to believe was achievable.

One key plank of the state government's case will involve the ongoing SAP rollout at Queensland's Department of Housing - a project also run by IBM.

IBM pitched the Housing rollout as a baseline for its proposed solution for Health, but the state will argue that it was misled about Workbrain's involvement in the Housing solution (which was non-existent).

It will also argue that IBM misled Health by creating the impression that the Housing solution could be leveraged by Health, despite the two organisations being completely different in terms of staff numbers and internal operations.

What the court documents don’t address, however, is how the government and its lawyers intend to get around a 2010 agreement between the then-Labor Queensland government and IBM, which releases the company from liability for its payroll work.

Concluding his 2013 commission of inquiry into the failed project, former Supreme Court judge Richard Chesterman advised that the agreement nullified any legal recourse for the state.

IBM has repeatedly accused the state government of trying to “re-write history” by ignoring the 2010 agreement. It has promised to “vigorously defend” itself against the claims.

In its latest statement the company called the claims "another example of the Queensland government's continued efforts to shift blame for its own failings on the Queensland Health Project".

"IBM rejects the government’s sustained attacks on the company's integrity and capabilities for political advantage and will vigorously defend itself in court."