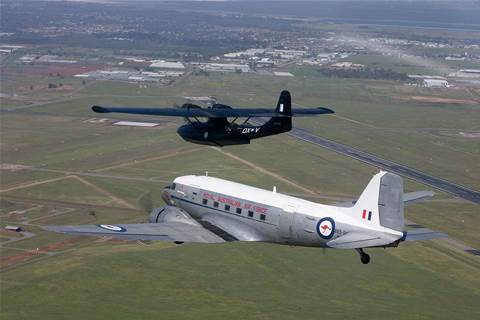 The new contract - which replaces an almost 20 year arrangement with Raytheon - will see the RAAF make use of two new rapidly deployable systems and one larger air traffic management and control system courtesy of global air system provider Indra.

The Air Force currently runs one deployable surveillance radar system, a number of fixed base surveillance radars, and several air traffic management automation systems, which together are known as the Australian Defence Air Traffic System (ADATS).

The systems are all approaching end of life. The Indra upgrade forms the first stage of a three-step program to modernise the infrastructure, which is being run in conjunction with Defence and Airservices Australia’s long-running effort to merge their respective air traffic systems.

The RAAF is responsible for providing the Government with rapidly deployable airspace management and control capabilities used for situations including disaster relief, humanitarian assistance and airspace control in war-like environments, both in Australia and overseas.

The two new “rapidly” deployable systems Defence has purchased for the RAAF involve a smaller radar system and operator cabin (mounted to a truck and trailer) that can self-deploy by road or be transported by air and sea, the department told iTnews.

The system is used to control relatively small airspace volumes for local and international humanitarian assistance and disaster relief in Australia, with the previous system having been used in north Queensland following cyclones Yasi and Larry, among other scenarios.

The larger system - which is not self-deployable - has a longer range radar and a larger cabin with more controller operating stations, Defence said.

It will be used for deployments with longer durations and those needing control for larger numbers of aircraft - the same type of system was used in Haiti following the 2010 earthquake, and in Iraq during the second Gulf War.

“This system may also be used as a back-up for a Defence air base radar system, for example to support scheduled maintenance on the base’s system,” a Defence spokesperson said.

“The larger system is installed into modified shipping containers and will be deployable by road, rail or sea, but will not be self-deployable so will require additional ground handling equipment.”

The replacement of the deployable systems marks the first stage of Defence's three-step infrastructure modernisation program.

It’s also the only stage to have received Government funding - the remaining two projects, to replace the RAAF’s fixed radars and automation system, are yet to receive Government approval.

Defence plans to run the third phase - the automation system upgrade - alongside the “OneSky” air traffic systems merger between Defence and Airservices.

The plans to introduce a harmonised civil-military air traffic system (CMATS) have been under consideration since 2010, and went to tender last year.

The merger is aimed at removing the limitations arising from separately managed volumes of airspace and the constraints of operating different systems.

“Airspace co-ordination processes that currently rely on voice across two systems would be automated within a single system that is less prone to human error, is faster, and will enable more dynamic allocation of airspace.”