US State Department shuts down email system after hack 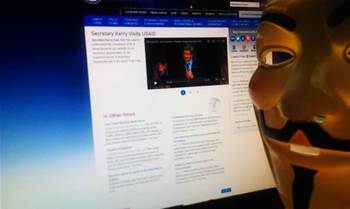 Latest in a campaign by unknown attackers.

The US State Department was forced to shut down its unclassified email systems over the weekend after they were breached, the agency has revealed, the latest attack in a series targeting US government agencies.

"The department recently detected activity of concern in portions of its unclassified email system," the official said.

"The department is implementing improvements to the security of its main unclassified network during a scheduled outage of some internet-linked systems."

The maintenance has affected unclassified email traffic and employee access to public websites from the unclassified system, the official said, adding the systems should be back up soon.

The US official said the State Department breach was part of the same incident recently reported by the White House's Executive Office of the President (EOP).

The State Department's network was infiltrated last month, but the department did not disconnect the affected systems until the weekend.

The breach follows similar intrusions disclosed in recent months at the White House, the Office of Personnel Management and, just last week, the US Postal Service and National Oceanic and Atmospheric Administration.

USPS said the personal information of more than 800,000 employees may have been compromised, as well as data on customers who contacted its call centre during the first eight months of the year.

At NOAA, four of the agency's websites were affected.

The State Department has agreed to brief lawmakers on the cyberattack, according to US Representative Elijah Cummings.

In a letter on Monday to Secretary of State John Kerry, Cummings, the senior Democrat on the House government reform committee, also asked State to provide more information by Jan. 5 to help Congress as it considers cybersecurity laws and other ways to protect consumer and government information.