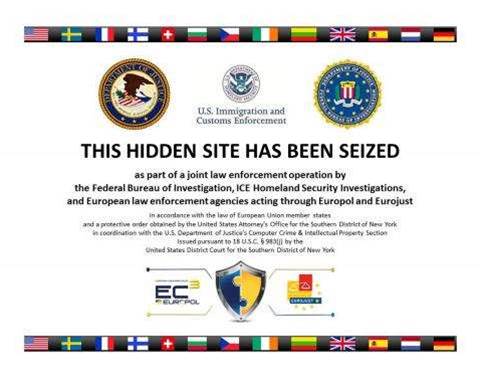 US authorities claim to have shut down the successor to underground online drug marketplace Silk Road, and charged its alleged operator with conspiracy to commit drug trafficking, computer hacking, money laundering and other crimes.

Blake Benthall, 26, was arrested on Wednesday in San Francisco and was expected to make an initial court appearance in federal court there later on Thursday.

The charges against Benthall carry a maximum sentence of life in prison.

A lawyer for Benthall could not immediately be identified.

“Let’s be clear – this Silk Road, in whatever form, is the road to prison," Manhattan US Attorney Preet Bharara, whose office is prosecuting both cases, said in a statement.

Benthall, known as “Defcon” online, became the operator of Silk Road 2.0 in December, one month after an unnamed co-conspirator launched the site, according to prosecutors.

Silk Road 2.0 provided an online bazaar where users across the world could buy and sell drugs, computer hacking tools and other illicit items, using the digital currency Bitcoin as payment, authorities said.

As of September, the site was generating at least US$8 million a month in sales, they said.

The government’s investigation included an undercover agent who was able to infiltrate the administrative staff of the website and interact directly with Benthall, prosecutors said.

Ulbricht, 30, has pleaded not guilty and is scheduled for trial in New York in January.