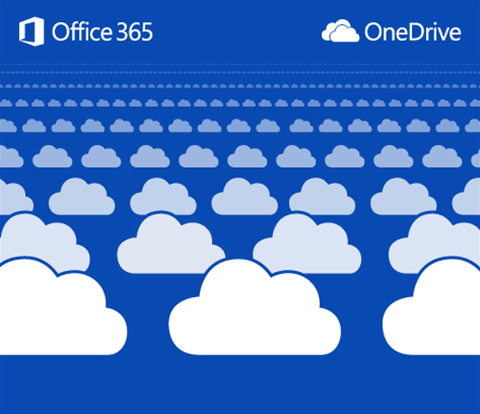 Microsoft will offer all Office 365 subscribers unlimited OneDrive storage as part of their package, the software giant announced today.

It follows Microsoft's June announcement that all Office 365 users would receive 1TB of storage (business customers were given the expanded capacity in April).

The company also last month ditched its 2GB file size limit for OneDrive uploads and replaced it with a 10GB limit.

Business subscriptions for Office 365 start at A$5.61 per user per month, while consumers can access the service from A$9 per month.

The new uncapped storage will be made available to home, personal and university customers from today, while small business and enterprise users will receive the unlimited storage from next year. Microsoft is allowing users to add their name to a waiting list to be among the first to be upgraded.

Microsoft took the knife to the pricing of OneDrive in July alongside offering customers 1TB of storage, and cut its monthly subscription rate by almost three quarters in an ongoing price war against Google, AWS and Dropbox.

In late August, Dropbox announced it would slash the cost of its Pro plan and similarly upgrade users to 1TB of space.

The price cut brought Dropbox's offering in line with Google's previously reduced plan of US$9.99 for a 1TB Drive.

Meanwhile, AWS moved to again undercut its rivals in July by debuting an enterprise-grade service, called Zocalo, which offers cheaper prices than Dropbox and Box and similar enterprise features to Google's Drive for Work and Microsoft's OneDrive for Business.

Zocalo starts at US$5 per enterprise user per month for 200GB storage. The first extra 1TB per month costs US$0.03 per additional GB.