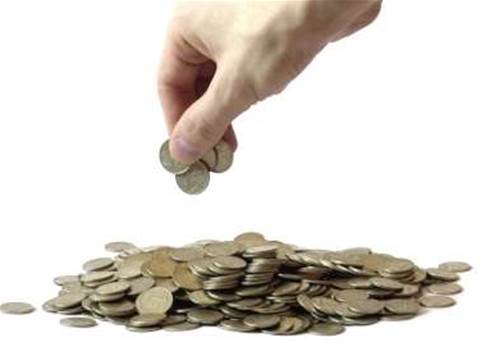 The Australian Bureau of Statistics will seek to recoup some or more of the $50 million it was previously told to cut over the next three years as part of a federal budget directive, the agency's acting boss Jonathan Palmer said in his annual report [pdf] today.

The ABS earlier this year managed to find $56.9 million for IT over the next 12 months in its slimmed-down budget, but Palmer said the agency would require additional funds to undertake a "major transformation program".

The Government has already provided funds for the agency to develop a business case for the transformation - which it has completed - and the agency now plans to use it to lobby the Government for further investment in the next financial year.

"The age, fragility, and inflexibility of our systems continues to be a concern," Palmer wrote in the ABS annual report.

The "very tight fiscal environment" has meant the ABS' technology services division was forced to prioritise between maintaining existing statistical programs and investing in much needed transformation to prepare it for future requirements, the agency stated in the report.

"TSD is also challenged in its ability to maintain the range of technology skill sets required for support and to build new capabilities for the future, including addressing growing requirements for effective security measures in the face of more sophisticated cyber security threats."

A lack of adequate IT was recently blamed by Treasurer Joe Hockey for the ABS' decision to abandon data it released on employment for July and August, which he called "volatile" after it showed a rise in both months.

"The fact is the previous government left the ABS with insufficient resources to be able to upgrade their computer systems, and also some structural issues that need to be addressed, including the fact that they haven't got a chief statistician," Hockey said at the time.

He would not, however, comment on whether the agency would be given any additional funding by the Government to address the issues.

The country's former chief statistician and ex-head of the ABS, Brian Pink, last year warned that the agency's sustainability would be "seriously compromised" by shrinking budgets and ageing and unstable IT systems.

The agency already has a set list of technology initiatives it is working to achieve by 2018 despite the uncertain funding environment, which it will pay for out of its existing $56.8 million IT budget outlined in August.

The 13 items listed include a number of ongoing items of work - as well as the build of systems to help deliver the 2016 Census - such as a Citrix XenDesktop and Microsoft HyperV- based virtual desktop replacement, upgrade to its outdated Oracle-based financial management system, and a data centre consolidation drive.