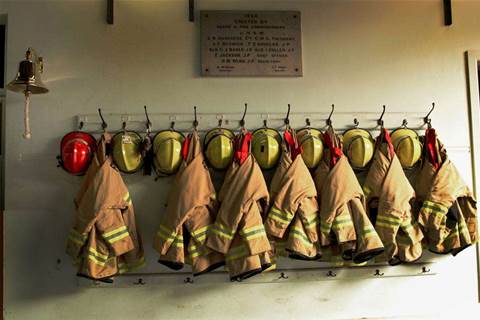 Auditor-General stresses the need for an urgent upgrade.

Victoria's Auditor General, John Doyle, has warned that the state's triple zero dispatch agency is unprepared to deal with the steady growth in demand for its services, and the consequences could be dire if it doesn't speed up its back-office modernisation.

In a report handed down yesterday, Doyle described the central triple zero bureau, the Emergency Services Telecommunications Agency (ESTA), as "an organisation under some stress".

ESTA is only reaching most of its call-taking and dispatch targets by the skin of its teeth, a worrying sign with call volumes expected to rise at a steady rate of three percent every year for the foreseeable future.

The agency struggles to dispatch ambulances in time, failing to meet its 150 second dispatch KPI in any month during 2013-14.

The audit also found the agency "significantly underperformed" during the critical Victorian flood and bushfire season between January and Feburary 2014.

One of the major problems ESTA faces is an increasingly shaky computer aided dispatch (CAD) system that has outlived support and which crashed altogether six times in 2013, and then twice again in the beginning of 2014.

When CAD goes own, call-takers revert to a manual card-based system to relay calls to dispatch. They lose the unit location data that would otherwise allow them to select the best placed first responders, and information sent out to units on the road is slower and less detailed.

"It is difficult to see how ESTA can meet the expected growth in demand for its services, given the limitations imposed by current ICT systems and the available backup arrangements," Doyle wrote.

ESTA has received more than $14 million to upgrade its CAD, but the project has been hampered by ongoing industrial action that has seen staff abstain from workplace training until pay and conditions demands are met.

It has advised the Auditor General that work has now started on the like-for-like upgrade.

Doyle also called on the Victoria Police to equip its protective services officers (PSOs) with mobile devices to ease the burden that peaks in PSO activity places on the radio network.

Late last year an internal police review found that duing periods when protective services officers take to the beats, and increase voice by 30 percent and database inquiries by 50 percent.

Doyle also highlighted the tech shortfalls that were affecting rural emergency services, working in regions where all the metropolitian bells and whistles don't necessarily extend.

The report urged the government to expedite the expansion of metropolitan digital radio to the regions, where all responders still rely on the unsecured and "unsatisfactory" StateNet Mobile Radio network.

"Sensitive information from the Law Enforcement Assistance Program (LEAP) is being transmitted without any encryption and can be easily monitored by the public," the report warned.