The question every Aussie should ask at Dreamforce 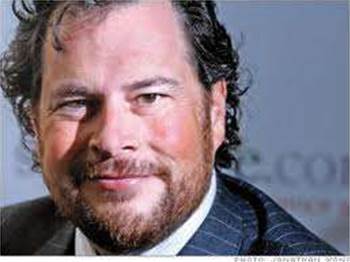 Salesforce’s Marc Benioff can afford all the ingredients to wow an audience - a big sets of speakers and screens, Hillary Clinton, Bruno Mars. He’ll talk big game on cloud and analytics, and about playing nice with enterprise IT (cue shaking hands for the camera with the Microsoft guy).

But the one question every Australian attendee should be asking this year won't be about the apps. Where is our data centre?

Salesforce.com has been the bane of every CIO attempting to exercise any degree of control over the information assets of the company. The vendor started the practice of selling everywhere in the organisation but the IT shop, which all too many competitors have also put into practice.

For regulated industries, that became a major heachache around four years ago, as they increasingly discovered instances of customer data being stored offshore.

To compensate, Benioff put time aside with The Australian newspaper to announce in mid-2011 that the company planned to build a local data centre and give regulated organisations fewer headaches when storing sensitive customer data with the SaaS provider.

That was over three years ago.

A few weeks ago, analyst Scott Stewart started asking questions about why we still haven’t seen one, and didn’t get a response.

So we took the matter up for him, and this was the reply:

“We are absolutely committed to building a datacentre in Australia,” a spokesman for the company said. “When we have more information on timing, we will let you know.”

This was much the same promise made in mid-2011. Customers that committed to the platform on that basis over the intervening years have good cause to be upset.

Salesforce has both the scale in Australia and the financial wherewithall to honour its commitment. Are Australian customers propping up Salesforce's investment in Singapore?

“Salesforce.com allows customers to choose which data centre they would like their data stored in,” was the reply.

Yes, they have a choice. Everywhere but Australia.